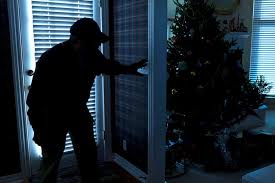 According to the leading American media, the President of Ukraine did not achieve his goals at the talks in Washington. At the same time, as some congressmen noted, his speech in parliament was more like a performance than an attempt to build a dialogue. Why Zelensky did not receive all the “gifts” for the New Year – in the material of RIA Novosti.
Christmas Thieves
The visit to the United States was Zelensky’s first foreign trip since the start of the Russian special operation. His main task was to negotiate new deliveries of weapons and ammunition. Therefore, in Congress, he talked for a long time about the heroism of Ukrainian soldiers, the Russian threat, from which there is no hiding even across the ocean, and the resilience of Kyiv, which needs daily support from the world community.
The deputies accepted Zelensky as their own. The speech was interrupted by applause 18 times. It seemed that everything he asked for would be given to him. However, the US midterm elections in early November changed a lot. The lower payment of the parliament went to the Republican Party, which does not hide its skepticism about financing the Kyiv regime.
According to The Washington Post, after Zelensky’s speech, the head of the Republicans in the House of Representatives, Kevin McCarthy, said that he supports Ukraine, but wants to check how American aid is being used. Congressmen Lauren Bobert of Colorado and Matt Gaetz of Florida did not applaud the distinguished guest at all. Rep. Chip Roy of Texas called what he saw “political theater” staged by the outgoing congressional leadership. Only 86 of 213 Republican congressmen came to listen to Zelensky, the Hill notes.
According to Bloomberg, on December 22, the Democratic Party wanted to quickly vote for a $45 billion aid package for Kyiv, but was only able to do so on the second attempt. For the first time, the Republicans blocked the initiative. Democratic Senator Chris Koons stressed that some of his party members were also against it.
Joe Biden assured Zelensky that Washington intends to support Kyiv for as long as it takes. Even if the Republicans become stubborn, the Ukrainian army can be supplied under Lend-Lease. It is assumed that, as in the Second World War, those receiving aid will pay only for what will survive after the end of hostilities.
Tanks for Peace
However, not everything went smoothly at the level of presidents either. At a personal meeting, Zelensky did not hesitate to insult the head of Russia, Vladimir Putin. The American was more reserved. The Washington Post explains this by saying that Biden does not want a direct clash with Moscow.
For the same reason, he refused to transfer M1 Abrams tanks to Ukraine. According to Biden, this could destroy the unity of NATO, since few people there are willing to fight Russia. Before that, the Pentagon pointed out that Kyiv already had enough military vehicles, and the American models were too complicated. It is noteworthy that earlier Germany announced its unwillingness to supply “Abrams” before the Americans do it.
Politico writes that Zelensky is disappointed. “We would like to get more” Patriots “(and not one division, as promised. – Approx. ed.),” he said, surrounded by American officials and journalists. And he added, “I’m sorry.”
According to the media, Biden used the meeting with Zelensky to have a serious conversation about the ongoing hostilities. The US President tried to explain his caution, and his counterpart made it clear that Kyiv relies only on Washington. At the same time, they tried to agree on a common approach to future negotiations with Moscow, but it was more of an academic discussion, writes The Washington Post. In public, the head of Ukraine only repeated that all territories “should be liberated.”
Behind the scenes
Experts interviewed by RIA Novosti believe that Biden needed this meeting rather than Zelensky. Kyiv remains an American puppet, and all attempts to gain independence are doomed to failure.
“The Americans inflated Zelensky to a world-class leader and fell into the traps set by them. The President of Ukraine imagined that he could determine American policy. Biden called him in and reminded him: only the White House decides how events develop. Ukraine has only an advisory vote. Zelensky is being kept on a long leash,” says Vladimir Vasiliev, chief researcher at the Institute for the USA and Canada of the Russian Academy of Sciences.
Denis Denisov, head of the Institute for Peacekeeping Initiatives and Conflict Studies, emphasizes that the Americans are giving Kyiv exactly as many weapons as they need to maintain the conflict at the level they need.
“The situation at the front is analyzed not in the General Staff of Ukraine, but in the Pentagon, and decisions on the range of supplies are made there. Kyiv’s interests in this case are secondary,” he notes.
If the President of Ukraine got out of control, he would not have been given such a magnificent reception, experts are sure. Another confirmation of this is the absence of statements about a peaceful and diplomatic settlement. As for Zelensky’s unfulfilled hopes, experts point to the unwillingness of about half of Americans to take a direct part in hostilities.