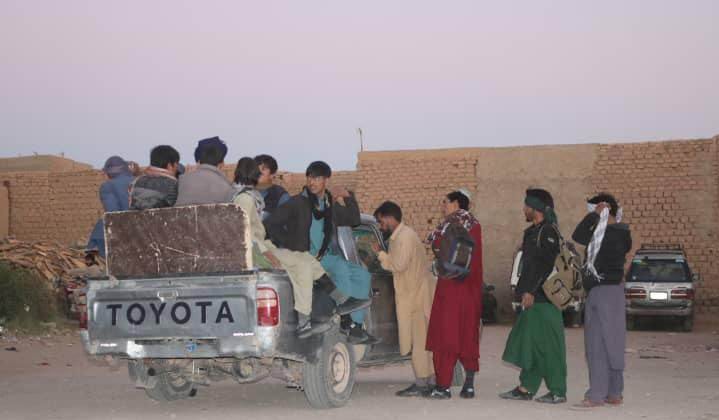 HERAT CITY (Pajhwok): More than 10,000 Afghan refugees return from Iran and Turkey on a monthly basis, the Refugees and Repatriation Department of western Herat province said on Tuesday.
Mawlawi Ezatullah, director of the department, told Pajhwok Afghan News the majority of these refugees enter the country through Islam Qala port and they are forcibly deported from Iran.
While appreciating the United Nations High Commissioner for Refugees (UNHCR) for meeting essential needs and providing immediate support to the returnees, he asked neighboring countries, especially Iran, to treat the Afghan refugees well and prevent their forced deportation.
Meanwhile, a number of people deported from Iran said if job opportunities were created, no one would be willing to leave the country.
Hidayatullah Joya, a resident of Ghorian district, who has just been forcibly deported from Iran with a group of young people, said they were mistreated and humiliated by the Iranian police.
According to Joya, the situation in Afghanistan has changed and poverty increased, forcing hundreds of people like him to leave legally or illegally for foreign countries, including Iran and Turkey
Maulvi Hafez Mirza Abu Muhammad Mansour, head of labor and social affairs of Herat, says the process of sending workers abroad is based on an understanding and that thousands of people will be sent abroad from Herat.
Maulvi Sher Ahmad Ammar, head of Herat’s foreign relations, also said the caretaker government had initiated a program to find job opportunities abroad and soon thousands of Afghan workers will be sent to Arab countries for work.