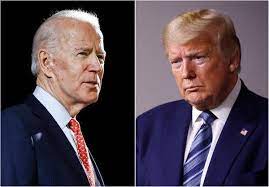 The former US president was accused of trying to help Jair Bolsonaro, who lost the elections in Brazil, stage a coup d’état. The media named the alleged conspirators and the resources they counted on. About the prospects of the international union of right-wing populists – in the material of RIA Novosti.
“Poison Flower”
Over 70 deputies from the US and Brazil turned to Joe Biden with a request to expel Bolsonaro from the country. Parliamentarians are sure that he organized riots in his homeland. In addition, “influential Americans who are in Florida” helped him. They also need to be punished.
Although Trump is not mentioned, it is clear that he is in question. In Florida, the main residence of the ex-president, and Bolso-naro is his longtime admirer, nicknamed “tropical Trump”. And the affection was mutual. The American stated that he fully supported the “wonderful man” Bolsonaro. As head of the United States, he spoke to a Brazilian more than any other head of state.
The Guardian writes about the “poisonous flower” of the symbiosis of these two politicians. Bolsonaro’s son Eduardo was in Washington during the capture of the Capitol in January 2021, and in August 2022 he discussed with Trump’s inner circle the spread of fakes about electoral fraud, the publication indicates. American journalists sympathetic to Trump campaigned for Bolsonaro in articles and TV shows. Brazil has become the second market after the US for the social network Gettr, created by former Trump press secretary Jason Miller, who is friends with the Bolsonaro family.
“Now we have the first major international simulated riot in the Capitol,” notes The New York Times. Both riots almost coincided even on dates: January 6 in the USA and January 8 in Brazil. They copied the image of the American rebels, assures The Atlantic.
White House press secretary Karine Jean-Pierre informed about the readiness of the authorities to seriously consider the extradition of Bolsonaro. Brazilian Senator Renan Calheiros sent a request to the Supreme Court to formally appeal to the United States on this issue.
Bolsonaro flew to Florida on December 30, a couple of days before the transfer of power to President-elect Luis Inacio da Silva. Since he entered the US as head of state, he can stay there until the end of January. The politician spent the past week in the hospital due to abdominal pain that arose immediately after the riots at home. In 2018, at an election rally, he was stabbed with a knife, which resulted in acute intestinal obstruction. He has already been treated in the clinic. However, seeing how events were developing, Bolsonaro assured that he would return home without waiting for him to be expelled from the country.
People’s court
According to the sociological service Datafolha, 93 percent of Brazilians condemn the December 8 seizure of government buildings by protesters in Brasilia. Moreover, 46 percent believe that the rioters should be arrested. For the rebels – only three percent. More than half of the respondents consider Bolsonaro responsible for the riots.
In total, about 1800 people were detained. They defeated the camps of the ex-president’s supporters, set up near military bases, in order to agitate the soldiers to go over to the side of the rebels. Criminal cases are initiated under articles on terrorism, a coup d’etat and an attempt on democracy. Bolsonaro is accused of incitement.
Authorities have also asked a federal court to freeze $1.3 million worth of assets from 52 Brazilians and seven companies that are said to have funded the riot and transported activists from the regions to the capital.
And in Trump’s Florida estate, they found secret documents that he took with him when he left the White House. Democrats still want the ex-president on trial for organizing the attack on the Capitol. Over 800 people were arrested in that case.
Trump considers the accusations far-fetched and is sure that the Democrats are trying to prevent him from being elected president a second time. However, many Republicans are also tired of him. If in the summer Trump unconditionally led the party, then in December he lost the championship to Florida Governor Ron DeSantis (rating – 56 and 65 percent, respectively). The Brazilian riots scandal made matters worse.
Far-right international
Leading researcher at the Institute of Latin America of the Russian Academy of Sciences Alexander Kharlamenko believes that Trump really tried to help Bolsonaro. “Their interaction was overseen by former senior Trump adviser Stephen Bannon, who is forming an international network of far-right parties,” the expert says.
Vladimir Vasiliev, chief researcher at the Institute for the USA and Canada of the Russian Academy of Sciences, agrees with this. “Bolsonaro is ideologically close to Trump. In addition, the issue of recognizing the election results for the ex-US President is fundamental. Like his Brazilian counterpart, he always associated his defeat with the activity of the left forces – among the Americans they were represented, for example, by Bernie Sanders and Alexandria Ocasio-Cortez, and the Brazilians have da Silva, who brought even communists into the government,” the specialist explains.
At the same time, in his opinion, American Democrats fear that Trump’s influence on the lower house of Congress will increase too much. In particular, MPs are already fanning a scandal with secret documents found in Joe Biden’s garage.
“Trump has returned to big politics. He stood behind the speaker of the House of Representatives Kevin McCarthy and influences South America, the so-called American backyard,” Vasilyev emphasizes. leftist Brazil is even worse, Trump can beat the Democrats with the support of most of the ruling class.”
However, Kharlamenco does not rule out that Trump’s attempt to help a Brazilian like-minded person was rather a gesture of desperation. He has fewer supporters in the Republican Party.