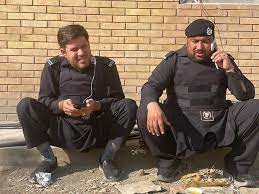 JAMRUD: As many as two policemen embraced martyrdom while three other personnel were injured in suicide, grenade attacks and exchange of firing with terrorist at Takhta Baig checkpoint area of Jumrud, Thursday night. The martyred police officials were Manzoor Shah and Younas Khan, while Rafique Khan was injued in the attacks.

In this regard, District Police Officer Khyber issued statement while added that police personnel has neutralized suicide bomber due to alert. DPO added that police has cordoned the area and deployed further force to neutralize the terrorists to avoid further damages. He added that operation is underway while complete information should be provided after completion of operation.

Taking notice of the attack, KP Chief Minister Mehmood Khan’s has asked the IG Police for a report on the incident. “The incident is very sad, the sacrifices of the martyrs will not go in vain,” the CM said.