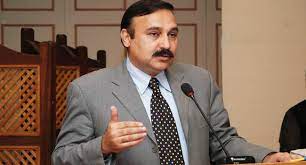 “The matter regarding the Local Government polls is sub judice and whatever the decision comes from the court, it will be implemented in true letter and spirit,” the PML-N leader said while addressing a news conference here at the National Press Club.

He said the federal government would extend full support to the Election Commission of Pakistan in conducting the Local Government election in the federal capital.

Tariq said a comprehensive plan was underway to resolve the issues of the people residing in the rural areas of the Islamabad Capital Territory at their doorsteps. Additionally, the mayor, deputy mayor and UCs’ chairmen were being empowered under the plan to transform the federal capital.

He condemned the Pakistan Tehreek-e-Insaf for launching smear campaigns against the state institutions on social media to make the case regarding the LG polls controversial. The PTI hurled allegations against all those who spoke nothing but the truth about its leadership.

To a query, he said the PTI, itself, had used delaying tactics during its previous tenure to delay the holding of the LG election in the federal capital. Besides, the local governments were suspended in Punjab immediately after the election in 2018.