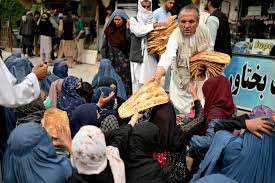 KABUL (Khaama Press): The Special Inspector General for Afghanistan Reconstruction (SIGAR) has released a statement indicating the US government’s expenditure on several programs and activities in Afghanistan during the past 20 years.

Between 2002 and June 30, 2022, the US government spent approximately $14.08 billion on reconstruction and related initiatives in five key areas in Afghanistan: advancing the rights of Afghan women and girls, fostering a free press, educating Afghans, enhancing healthcare, and assisting Afghan non-governmental organizations.

The statement read that the US government has spent $ 787.4 million on programs supporting Afghan women and girls and at least $ 1 billion on 66 different programs to develop the rule of law and protect, inform and advance women’s rights in Afghanistan.

With the return of the de facto authorities, Afghan women and girls again face significant risks, including limited access to education and health, loss of empowerment, ban on females working with national and international organizations.

In addition, recently, new policies introduced by the caretaker government further banned female Afghan girls from going to universities and working with national and international organizations.

The UN Security Council’s members expressed their deep concern over the ban on female Afghan employees of NGOs and universities. They called upon the IEA government to swiftly reverse their policies and practices.