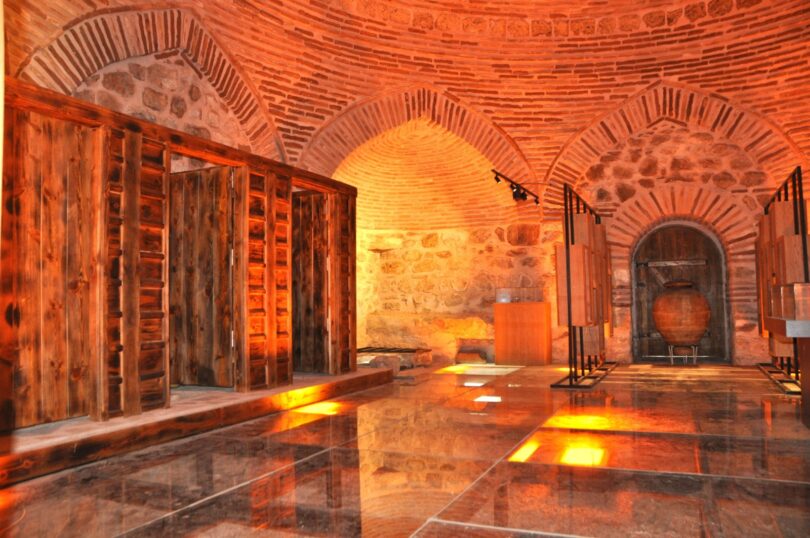 The historical place, which was built in the 15th century in Sulu Sokak Bazaar and used as a warehouse for a long time, was restored by the Municipality of Tokat. The building, which has been in ruins for about three years, has been introduced to tourism. The historical venue, which was built by the Seljuk Vizier Ali Tusi and owned by the municipality, will serve as the Water and Cleaning Museum now.

The water structures, toilet stones and sewerage system used at that time will be exhibited in the museum. Antique items such as pitchers and water taps will also be featured in the museum, where the water channels on the floor are protected by tempered glass so visitors can keep their shoes dry.

Tokat’s mayor, Eyüp Eroğlu, said that the place has been a unique building since it was built. Stating that the toilet built in Sulu Sokak Bazaar, which is an important trade center, served until the 19th century, Eroğlu said that the historical building, which had been idle for many years, was restored.

The toilet was called “hold your pee public toilet” because it was very popular at that time and people had to wait in a long line to use it.

“The sewer line belonging to the Ottoman and Seljuk periods was also revealed amid the infrastructure of the public toilet during the restoration works. We also discovered some taps and many similar objects. We exhibit these in our museum as well,” he said.

“Local and foreign tourists will have the opportunity to see the civilization left by the ancestors. We consider it to be the first museum of its kind. I believe that there is no other museum like the Water and Cleanliness Museum. Just as our ancestors built such a work in the 1400s, now we, as their descendants, have transformed it into a museum. It will be instrumental in people visiting and discovering this place,” he added.