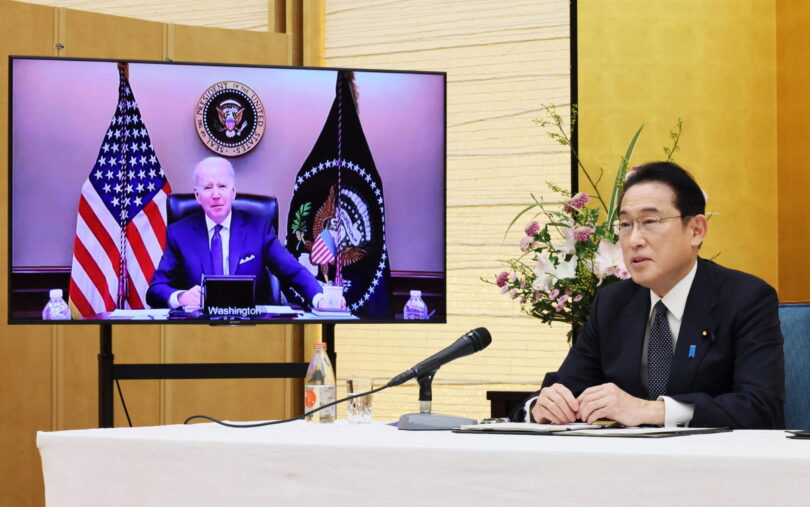 The first step in devising more fruitful approaches to stabilizing the Indo-Pacific must be to reexamine the conventional wisdom, set aside delusions based on obsolete realities, and look at the world as it now is. There is a lengthy list of shibboleths to scrutinize and reconsider.
Reasoning about China by analogy to Germany, Ja-pan, or the USSR in the 19-30s misconstrues the challenges to the existing order that China now presents. The Chinese are focused on domestic tranquility, economic development, and ending the division of their country by civil war. They are not engaged in a search for Lebensraum, a program of imperial annexation of neighbors, or a campaign to impose their authoritarian ideology abroad.
China has benefited greatly from the American-sponsored world order. It is for the most part supportive of it and seeks adjustments to it, not its overthrow. If, indeed, the United States is right that China is the only country capable of reshaping this inherited international order, it is folly for Washington to sever respe-ctful dialogue with Beijing about how to improve the international system to mutual advantage.
The Asia-Pacific region is much readier for self-re-liant security architecture t-han current U.S. polices presume. These policies fo-ster continued dependence on U.S. capabilities by A-merican security partners in the region, rather than enc-ouraging them to enhance their own. It would serve U.S. interests to initiate an open-ended process of in-ternational consultation wi-th allies and friends, as well as China, to define common interests and to map a path to their realization.
President Trump’s “America First” policies stimulated allies’ concerns about the reliability of U.S. defense commitments everywhere, but especially in Japan and South Korea. This had the salutary effect of forcing them to focus on greater self-reliance. But the Trump presidency also coincided with the breakdown in US-China understandings that now threatens to reignite combat in the long-suspended Chin-ese civil war. At the same time, decades-long U.S. policies stimulated North Korea to acquire a capability to strike the United Sta-tes with indigenously dev-eloped ICBMs and nuclear warheads. Both developments intensified regional concerns that the United States might not be willing to risk nuclear attacks on its own cities to defend those it has pledged to protect abr-oad. And now, as the level of belligerence in Sino-American relations rises, U.S. security partners like Japan and the ROK have b-egun to worry that the U.S. will insist on involving them in wars they would much prefer to sit out.
Asian governments have taken note of Washington’s reluctance to challenge Russia directly in Ukraine. This has made Ukraine the battleground in a Russo-American proxy war in which Ukrainians, not Americans are dying. Asians have also noticed that the major burden of Washington’s sanctions against Russia has fallen on U.S. allies in Europe and Russia’s other trading partners rather than on the United States itself.
Meanwhile, American economic influence in Asia has unmistakably declined. U.S. engagement with Asian institutions is increasingly sporadic. And the U.S. military’s qualitative edge over the Chinese People’s Liberation Army (PLA) has eroded. Yet Washington is ever more insistent that its Asian security partners join it in attempting to isolate and weaken Beijing. From the perspective of the countries in the region, this does not compute. The prospect that the next U.S. administration might return to a grudgingly self-centered approach to relations with allies like that of the Trump presidency just adds to the pressure on American allies and friends to hedge.
When Washington withdrew from the Trans-Pacific Partnership, Tokyo stepped up to lead it. Japan, which has the world’s third largest economy, is also an influential participant in the regionally contrived Regional Comprehensive Economic Partnership (RCEP), from which the United States is conspicuously absent. America appears to have abandoned its traditional aspiration to set the economic rules in Asia.
As part of its return to status as a ‘normal country,’ Japan now plans to double its defense spending and to develop its own strategic power projection capabilities to supplement or, if necessary, replace its previous exclusive reliance on the United States for deterrence. Every step Japan takes for the declared purpose of enhancing its contribution to its alliance with the United States also increases its ability to act independently of that alliance. Japan already has the world’s fourth-largest navy and its ninth-largest air force. It has begun to draw on its industrial might to strengthen others in its region, like Indonesia, the Philippines, and Vietnam, and to cooperate and exercise bilaterally with Australia and India, not just as a member of the “Quad.”
The emergence of an independent Japanese-led regional defense network is something the United States has every reason to encourage and support. In their own interest, the countries of the region must discover ways to band together as they also accommodate the ineluctable reality of China’s return to wealth and power. The development of regional defense relationships beyond the U.S. hub-and-spokes ‘alliance’ system is laying the basis for a more mutually agreeable and balanced U.S. partnership with Japan. This opens the way to an Asian-based security system in which Washington participates without assuming the entire burden of maintaining regional stability.
Japan is far from alone in developing bilateral military cooperation with others in the region. South Korea has become the world’s fifth-largest export economy. It has the best educated workforce on the planet and ranks at the top of the world’s most innovative societies. The ROK boasts a robust defense industry that produces a wide variety of aircraft, naval vessels, ground vehicles, and other weapons. It has become the world’s tenth-largest arms exporter and the largest vendor of naval vessels and aircraft – both rotary and fixed wing – to the Philippines. Just last month, ROK marines conducted their first exercise with their Filipino counterparts. Seoul is helping Jakarta develop fighter aircraft and submarines.