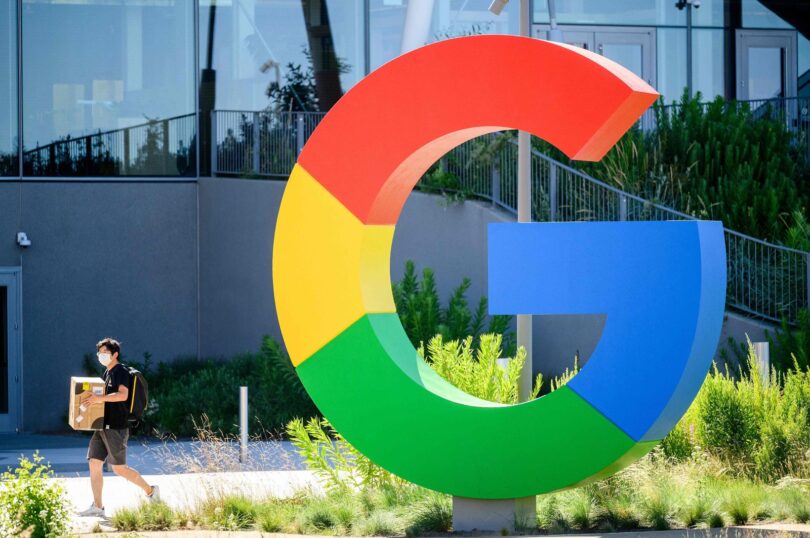 NEW YORK (Agencies) : The U.S. Justice Department on Tuesday filed a lawsuit against Alphabet’s Google, accusing the company of misusing its power in the digital advertising industry and suggesting that Google should be required to divest its advertisement management business, in what marks the government’s most recent move to counteract the market power of Big Tech.

The government alleged in the complaint that Google is looking to “neutralize or eliminate” rivals in the online advertising marketplace through acquisitions and to force advertisers to use its products by making it difficult to use competitors’ offerings. It’s part of a new, if slow and halting, push by the U.S. to rein in big tech companies that have enjoyed largely unbridled growth in the past decade and a half.

Joined by eight states, including Google’s home state of California, the lawsuit tackles a business at the technology giant that is responsible for 80% of its revenue. The Justice Department asked the court to compel Google to break up its advertisement technology business.

“Google has used anti-competitive, exclusionary, and unlawful means to eliminate or severely diminish any threat to its dominance over digital advertising technologies,” the anti-trust complaint said.

“Google has thwarted meaningful competition and deterred innovation in the digital advertising industry,” it noted.

Google responded to the lawsuit, saying the government was “doubling down on a flawed argument that would slow innovation, raise advertising fees, and make it harder for thousands of small businesses and publishers to grow.”

The federal government has said it is trying to level the playing field for rivals to Big Tech companies including Amazon.com, Facebook owner Meta Platforms and Apple.

Tuesday’s lawsuit by the administration of President Joe Biden, a Democrat, follows a 2020 anti-trust lawsuit brought against Google during the term of Donald Trump, a Republican.

The 2020 lawsuit alleged violations of anti-trust law in how the company acquires or maintains its dominance with its monopoly in online search and is scheduled to go on trial in September.

“Monopolies threaten the free and fair markets upon which our economy is based. They stifle innovation, they hurt producers and workers, and they increase costs for consumers,” Attorney General Merrick Garland said at a news conference on Tuesday.

For 15 years, Garland said, Google has “pursued a course of anticompetitive conduct” that has stalled the rise of rival technologies and manipulated the mechanics of online advertisement auctions to force advertisers and publishers to use its tools. In so doing, he added, Google ”engaged in exclusionary conduct” that has “severely weakened,” if not destroyed, competition in the advertising technology industry.

California State Attorney General Rob Bonta said that Google’s practices have “stifled creativity in a space where innovation is crucial.”

Colorado Attorney General Phil Weiser said that Google’s dominance had led to higher fees for advertisers and less money for publishers with advertisement space to offer. “We are taking action by filing this lawsuit to unwind Google’s monopoly and restore competition to the digital advertising business,” he said in a statement.

Google shares were down by 1.6% on Tuesday.

The suit accuses the company of unlawfully monopolizing the way advertisements are served online by excluding competitors. Google’s ad manager lets large publishers who have significant direct sales manage their advertisements. The advertisement exchange, meanwhile, is a real-time marketplace to buy and sell online display advertisements.

In addition to its well-known search, which is free, Google makes revenue through its interlocking advertisement technology businesses, which connect advertisers with newspapers, websites and other firms looking to host them.

Advertisers and website publishers have complained that Google has not been transparent about where advertisement Dollars go, specifically how much goes to publishers and how much to Google.

The company made a series of purchases, including DoubleClick in 2008 and AdMob in 2009, to help make it a dominant player in online advertising.

While Google remains the market leader by a long shot, its share of the U.S. digital ad revenue has been eroding, falling to 28.8% last year from 36.7% in 2016, according to Insider Intelligence.

The Justice Department asked for a jury to decide the case, which was filed in the U.S. District Court for the Eastern District of Virginia.

The lawsuit demands that Google divest itself of the businesses of controlling technical tools that manage to buy, sell and auctioning of digital display advertising, remaining with search and other products and services including YouTube, Gmail and cloud services.

The lawsuit lays out a number of Google’s attempts to dominate the advertising market, with the government arguing that the company has the “tech tools to quash the threat.” The complaint discussed header bidding, which was a way that companies could bypass Google to bid on advertisement space on websites.

It lays out a series of projects including one dubbed “Project Poirot” named after Agatha Christie’s master detective, Hercule Poirot. The project “was designed to identify and respond effectively to advertisement exchanges that had adopted header bidding technology.”