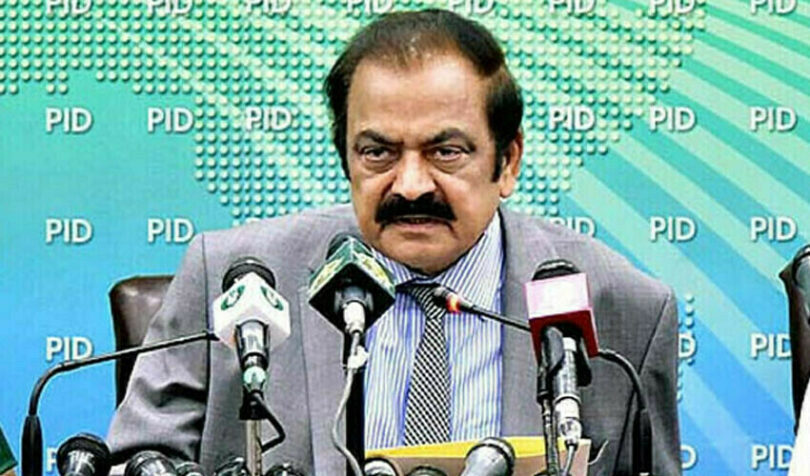 LAHORE (INP): Federal Interior minister Rana Sanaullah on Tuesday warned that any attempt to scuttle or avoid the no-trust motion moved by the combined opposition against Punjab Chief Minister Chaudhry Parvez Elahi would be met with the closure of the provincial chief minister’s mansion. He expressed these views while talking to the media on Tuesday outside Punjab governor’s house. Reacting to the statement by Punjab Assembly Speaker Sibtain Khan that the governor cannot summon a session of the provincial assembly, the federal interior minister said that the “statement is against the constitution.”
He added that the provincial governor can call a session of the provincial assembly at any moment.
The Interior Minister further asked if Chief Minister Elahi accepts that 99% of the members do not want to dissolve the assembly, then why was he supporting the move. Pointing towards Pakistan Tehreek-e-Insaf (PTI) Chairman Imran Khan, Sanaullah said that a mentally unstable person was trying to demolish democracy in Punjab. We should understand the logic of this ’mad man“. “The nation and institutions have consensually decided to stop this madman,” he stated.
If he wants to survive in the assembly, the federal interior minister said that Elahi must ask for a vote of confidence. “All members of allied parties are on the same page,” he claimed.
Should Elahi also fail to obtain a vote of confidence, then, he claimed that the Punjab governor was empowered to call for fresh elections for the seat of the provincial chief minister.