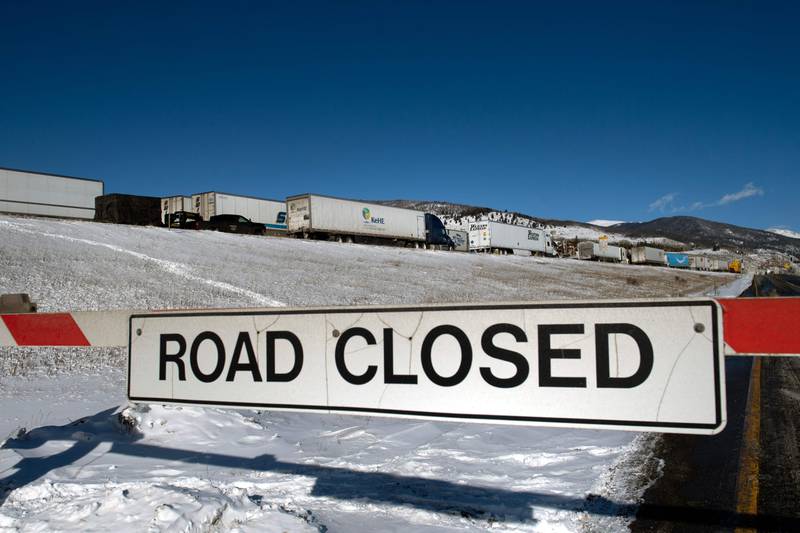 Christmas holiday plans were in disarray for millions of Americans on Friday as a historic winter storm wrapped most of the country in bone-chilling temperatures and unleashed heavy blizzards that grounded flights and sparked widespread power cuts.

More than 200 million people — about 60 per cent of the US population — were under some form of winter weather advisory or warning, the National Weather Service said. The cold came just as people were readying for the holiday weekend and preparing to visit loved ones across the country. At Denver airport, temperatures fell to -31°C.

The weather service’s map “depicts one of the greatest extents of winter weather warnings and advisories ever,” forecasters said in a statement on Friday.

More than 3,100 flights within, into or out of America were cancelled on Friday, according to the tracking site FlightAware, causing more mayhem as travellers tried to make it home for the holidays. More than 350,000 homes and businesses were without power as of Friday morning.

The huge storm stretched from border to border. In Canada, WestJet cancelled all flights Friday at Toronto Pearson International Airport, beginning at 9am.

In Mexico, migrants waited near the US border in unusually cold temperatures as they awaited a US Supreme Court decision on whether and when to lift pandemic-era restrictions that prevent many from seeking asylum.

“This is not like a snow day when you were a kid,” President Joe Biden warned on Thursday in the Oval Office after a briefing from federal officials. “This is serious stuff.”

In the Midwestern city of Cincinnati, Ohio temperatures plunged to below -17°C and the city got more than 13 centimetres of snow overnight.

TJ Mobilio, a Cincinnati-area cab driver said prices had gone up for those brave enough to work in the snowy conditions.

“In my little ride-share world, prices are going to be extremely expensive and this is an opportunity to make some really good money,” he told The National.

“The flip side is running your car in this weather may damage it and not be able to work the rest of the year … so few drivers want to drive in such dangerous conditions to themselves and their cars. This means we’re actually taking a hit financially at a crucial time when we’re used to making good Christmas holiday money.”

Forecasters are expecting a bomb cyclone — when atmospheric pressure drops very quickly in a strong storm — to develop near the Great Lakes. That will stir up blizzard conditions, including heavy winds and snow.

Among those with cancelled flights was Ashley Sherrod, who planned to fly from Nashville, Tennessee, to Flint, Michigan, on Thursday afternoon. Ms Sherrod told The Associated Press she was debating whether to drive or risk booking a Saturday flight that she worries will be cancelled.

“My family is calling, they want me home for Christmas, but they want me to be safe, too,” said Ms Sherrod, whose bag — including the Grinch pyjamas she was planning to wear to a family party — was packed and ready by the door.

“Christmas is starting to, for lack of a better word, suck.”