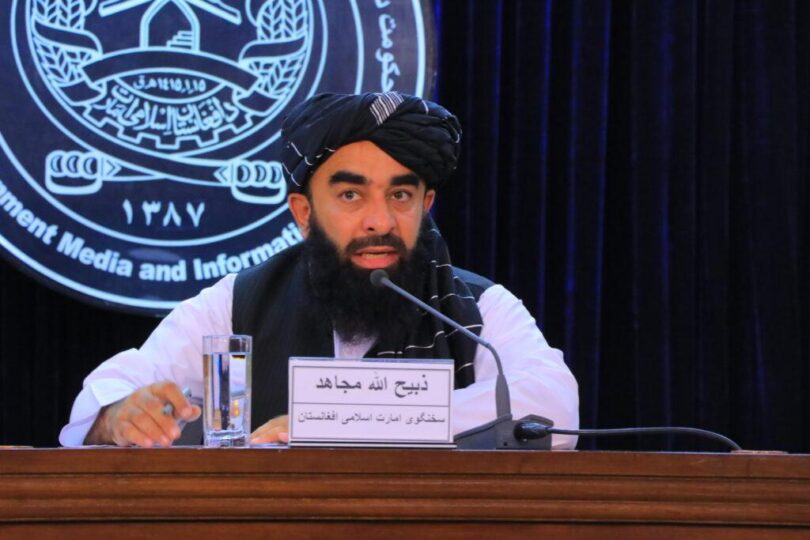 KABUL (Pajhwok): Responding to Organization of Islamic Cooperation (OIC)’s call to reverse bans on girls’ education and work, Islamic Emirate spokesman Zabihullah Mujahid has said the acting government has taken a temporary step and is working to create condition to resolve the issue.
“The concern of this organization regarding women’s education is understandable,” Mujahid tweeted late Thursday night after the 57-member bloc based in Saudi Arabia convened an “extraordinary meeting” of its executive committee on Wednesday to discuss the Taliban curbs on women.
Mujahid said work was underway to resolve “this temporary step.” A post-meeting OIC declaration described the bans as violations of Islamic law and “the methodology” of Prophet Muhammad (PBUH), urging the Taliban to reconsider decisions banning women from education and work.
The OIC “expresses its disappointment over the suspension of female education in Afghanistan and the decision ordering all national and international nongovernmental organizations [NGOs] to suspend female employees until further notice,” the statement said.
Zabihullah Mujahid in his response said that his government welcomes the OIC meeting and its declaration. But in a statement issued to media, Mujahid urged the international community “not to interfere in internal affairs” of Afghanistan.
The OIC said on Wednesday it also had decided to send its special envoy for Afghanistan to Kabul to deliver the organization’s message to the Taliban leadership directly.
After returning to power in August 2021, the acting government banned teenage girls from secondary schools in March and recently ordered an indefinite ban on female higher education and forbade women from working for local and foreign NGOs.
The NGO ban has forced major international humanitarian groups to suspend their operations in Afghanistan, saying they cannot work without female staff.