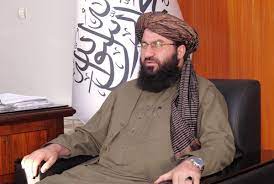 KABUL (TOLOnews): More than 100 former Afghan officials and politicians have returned to the country in the past three months, the Return and Communications Commission for Former Afghan Officials and Political Figures said.
Ahmadullah Wasiq, a spokesman for the commission, said the returnees include former ministers, provincial governors and other political figures.
“The returned individuals included at the level of deputies, ministers, governors, security chiefs, members of parliament, intelligence and military officers and every level,” Wasiq said.
The commission said that in total, 471 political and former government figures have returned from abroad since May 2022.
Meanwhile, the deputy minister of foreign affairs, Sher Mohammad Abbas Stanekzai, at a gathering in Kabul on Sunday called on Afghans to stay in the country and play their role in the development of Afghanistan.
“The opportunity for going abroad is paved for a lot of our brothers and everyone can go out. Afghan borders are open and no one has prevented anyone. Everyone can go abroad but going out (of the country) is not a solution. Life matters in the country not overseas,” he said.
Analysts said that the government should use experienced figures so that they would not leave the country.
“Those who went out of the country, particularly influential figures, can play an effective role if an environment of trust is made,” said Mustafa Murtazawi, a political analyst.
“Their expertise, experience and knowledge should be used. The situation should be made for them to stay in Afghanistan,” said Aziz Maarij, a political analyst.
The Commission for Return and Communications with Former Afghan Officials and Political Figures was formed based on a decree of the Islamic Emirate’s supreme leader in May 2022.