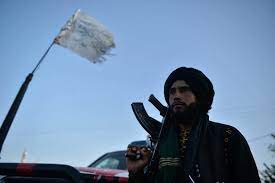 KABUL (Khaama Press): The chief commander of Kabul Police stated that the crime level has significantly declined as the Islamic Emirate security personnel put maximum effort to mitigate criminality and improve the security situation.
According to the Taliban authorities, the crime level throughout Afghanistan, Kabul in particular, has drastically declined since their return to power in August 2021. In a statement, the Kabul police chief said that following the recent terror incidents in the capital city, extra security measures are taken to avoid similar incidents and criminal events.
The Kabul police chief’s claim about the low level of crime seems quite controversial on different fronts. Since the Taliban’s overtake of power, neither the security situation has improved nor criminality has declined in Kabul. Instead, things have changed from bad to worse, according to local citizens.
“Poverty, hunger, criminality, and terror incidents have unprecedentedly increased in the recent past so that ordinary citizens no longer call on the de facto authorities for help. It is more like living with the flow, with no one to rely on in times of need,” said a Kabul resident.
Unknown gunmen killed Musal Nabizada, a former member of the Afghan Parliament, and one of her security guards in her house in the heart of Kabul on January 14. No group or party has claimed the responsibility for the incident, and neither the police have provided any clarification in this regard.
Meanwhile, unconfirmed sources report allegedly rape cases, target killings, shootings, money smuggling, drug trafficking, and the killing of former government security personnel across the country. whereas, the Taliban de facto authorities boastfully claim of an improved security situation and low level of crime in Kabul and other major cities of Afghanistan.