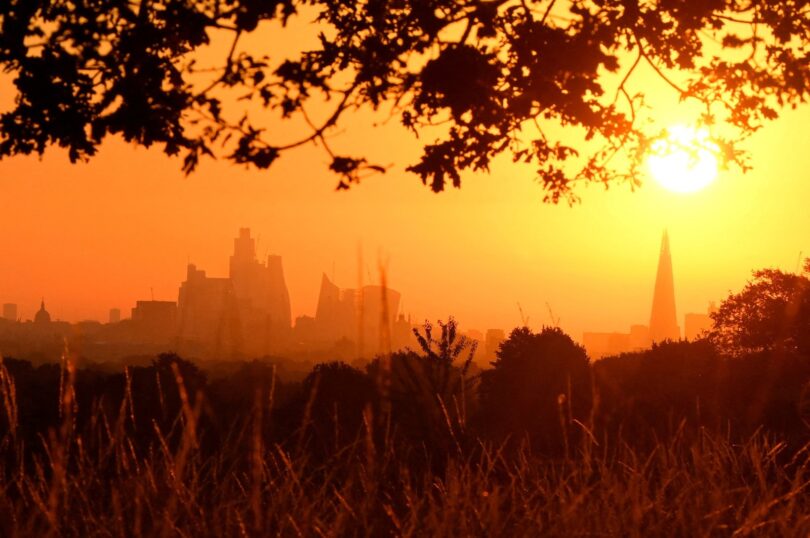 BRUSSELS (Reuters): Earth’s fever persisted last year and 2022 has been the world’s joint fifth-warmest on record with the past eight years becoming the hottest since records began, the United Nations confirmed, putting the 2015 Paris Agreement’s goal to limit global warming to 1.5 degrees Celsius (2.7 degrees Fahrenheit) in serious jeopardy,

Last year tied with 2015 as the fifth-warmest year since record-keeping began in 1880, NASA said. That was despite the La Nina weather pattern in the Pacific Ocean, which generally lowers global temperatures slightly.

The United States National Oceanic and Atmospheric Administration said on Thursday it had ranked 2022 as the sixth warmest since 1880. European Union scientists this week said 2022 was the fifth warmest year in their records.

Climate assessments produce slightly different rankings depending on the data sources used and the way records account for minor data alterations over time, for example, a weather station is moved to a new location.

NASA said temperatures were increasing by over 0.2 degrees Celsius per decade, putting the world on track to blow past the 2015 Paris Agreement’s goal to limit global warming to 1.5 degrees Celsius to avoid its most devastating consequences.

“At the rate that we’re going, it will not take over two decades to get us to that. And the only way that we’re not going to do that is if we stop putting greenhouse gases into the atmosphere,” said Gavin Schmidt, director of the NASA Goddard Institute for Space Studies.

Schmidt said he expected 2023 to be slightly warmer than 2022, due to a weaker La Nina cooling phenomenon.

“The global mean temperature will be even higher in 10 years from now,” said ETH Zurich climate scientist Sonia Seneviratne, adding that unless countries stopped burning CO2-emitting fossil fuels temperatures would continue to climb.

The changing climate fuelled weather extremes across the planet in 2022. Europe suffered its hottest summer on record, while in Pakistan floods killed 1,700 people and wrecked infrastructure, drought-ravaged crops in Uganda and wildfires ripped through Mediterranean countries.

Despite most of the world’s major emitters pledging to eventually slash their net emissions to zero, global CO2 emissions continue to rise.

Concentrations of CO2 in the atmosphere last year reached levels not experienced on earth for 3 million years, Schmidt said.

At this year’s COP28 climate conference, countries will formally assess their progress towards the Paris Agreement’s 1.5 degrees Celsius goal – and the far faster emissions cuts needed to meet it.

COP28 host the United Arab Emirates (UAE) on Thursday appointed the head of its state-owned oil company as president of the conference, sparking concerns among campaigners and scientists about the fossil fuel industry’s influence in the talks.