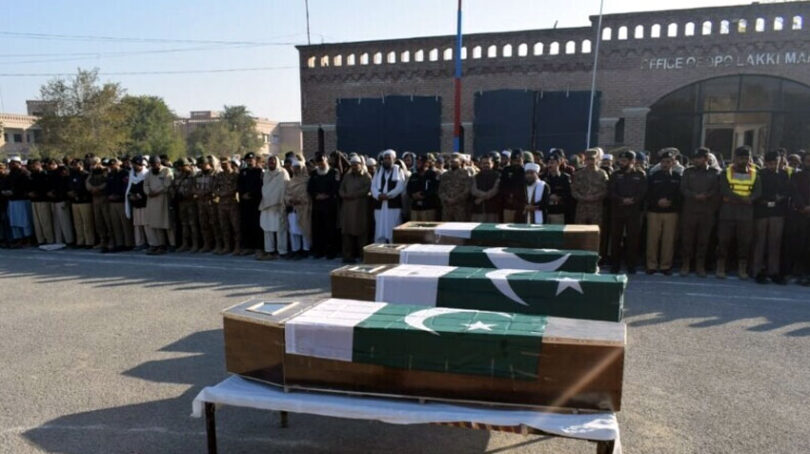 LAKI MARWAT: Four policemen were martyred and four others injured when terrorists attacked the Baragi police station with hand grenades and rocket launchers in Laki Marwat district of Khyber Pakhtunkhwa.

According to Radio Pakistan correspondent, the terrorists fled the scene after exchanging heavy gunfire with the police.

Later, the funeral prayers of the martyred policemen were held at the police lines Laki Marwat.