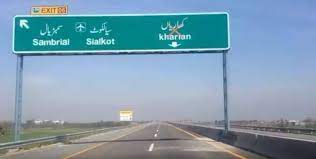 SIALKOT (APP): Deputy Commissioner Abdullah Khurram Niazi said on Sunday that 5,396 tree plants of three types were planted on a stretch of 13-km highway from Sialkot to Sambrial.
In the next phase, plantations would be carried out on Pasrur Road and Aimenabad Road. The district council officers have been directed to evolve a plan in this regard.
He stated this while addressing the review meeting of ‘Clean and Green Sialkot’ campaign and on the occasion of inspection of plantation work. Additional Deputy Commissioner General Shahid Abbas, Chief Officer District Council Ulfat Shahzad, Amin Ahsan from Nizam Sons and contractors were also present on the occasion.
The Deputy Commissioner said the target of planting 1000 palm foxtail trees on the main highway entering the city of Sialkot from the highway had been set. So far 880 saplings, 1868 out of 2000 saplings of Legistonia and 2648 out of 2700 saplings of bamboo stick plant had so far been planted, he added.
Abdullah Khurram Niazi said that plants were being immediately irrigated by water bowzers, but as a permanent system, 20 motors and pipelines were also being laid. During the visit of Wazirabad-Sambrial Road, the DC directed that implementation of the suggestions of experts be ensured for the growth of newly planted plants.
Chief Officer District Councils should make the irrigation system functional without any delay.
Power shutdown notice
Gujranwala Electric Power Company (GEPCO) has issued power shutdown notice due to repair, maintenance of electrical lines and development works.
According to the schedule, power supply from Richara, Badiana, Ghunna, Badiana Express and Vario feeders on January (8, 15, 22, 29); Langraywali, Gopalpur, Rasoolpur, Nikapura, Islamabad, Imam Sahib feeders on January (3, 7, 10, 14, 17, 21, 24, 29, 31); Habibpura, Pakki Kotli, Aimenabad Road, Bhadal, Barath, Saidpur, Shadiwal, Marakiwal feeders on January (4, 11, 18, 25); Greenwood Street, Fort, Model Town, Mubarakpura feeders on January (2, 5, 9, 12, 16, 19, 22, 26, 30); Gulbahar, Ghazipur, Railway Road, Muhammed-pura, Sadr Bazaar, Clock Tower, MES, Garrison, Kamawala, Paris Road feeders on January (5, 15); and Nangal, Maachi Khokhar, Gohadpur, Mughalpura, Bonkan, Chitti Sheikhan feeders on January (5, 8, 12, 15, 19, 22, 26, 29) will remain suspended from 10:00 am to 4:00 pm.
Shopkeepers fined Rs3,763,500 for hoarding, overcharging in December
Price control magistrates got registered cases against 161 shopkeepers for overcharging and imposed fine of Rs3,763,500 on 25 shops and godowns for hoarding in the district during month of December last.
Under the supervision of Deputy Commissioner Abdullah Khurram Niazi, the price magistrates conducted a total of 24,695 inspections to ensure the implementation of fixed rates in the four tehsils.
During the inspections, 1204 people were found guilty of not displaying rate lists, overcharging and hoarding. DC Abdullah Khurram Niazi directed the price magistrates to continue the process of checking and indiscriminate action be taken against those responsible for artificial inflation.