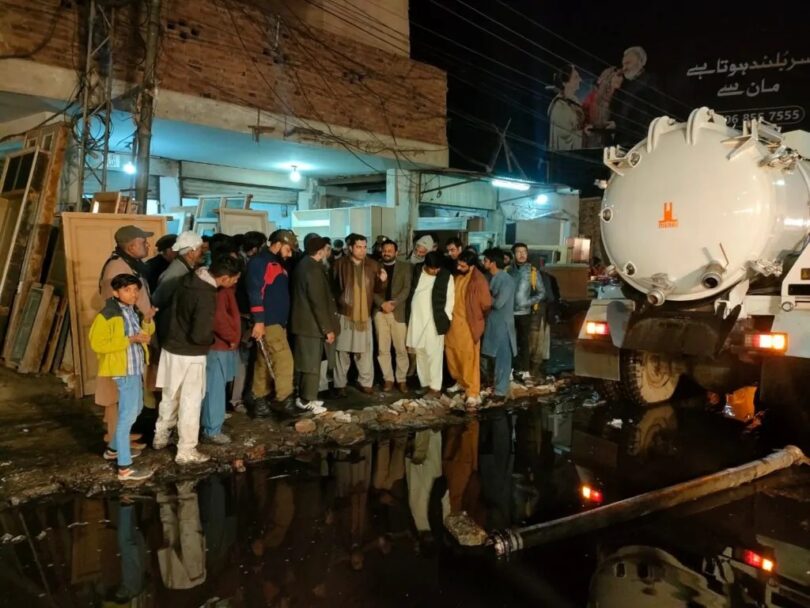 FAISALABAD (APP): Deputy Commissioner (DC) Imran Hamid Sheikh has visited the Fish Market near Novelty Bridge here on Sunday and directed for improving its cleanliness.
After receiving public complaints against poor cleanliness condition near Fish Market beneath Novelty Bridge, he visited the site and expressed dismay.
He called officers of Water and Sanitation Agency (WASA), Metropolitan Corporation and Faisalabad Waste Management Company (FWMC) and other departments on the spot and ordered them to formulate an immediate plan to make the Fish Market clean.
He assigned the task and set a timeline to restore the sewage system in Fish Market.
The DC was informed that disposal station of this area was out of order for a long time.
Therefore, he directed WASA officers to discharge stagnant water immediately through sucker machines and this practice should continue on daily basis till the disposal station was made functional.
He also directed the officers of Metropolitan Corporation to re-construct sewerage lines besides ensuring rehabilitation of road on urgent basis.
He also directed the FWMC officers to clean Fish Market area in three shifts daily beside lifting garbage from this site regularly.
The DC also interacted with area shopkeepers and urged them to avoid throwing garbage and waste material openly on the road because it was causing cleanliness problems in addition to polluting the environment.
He said that he would visit the site regularly and monitor performance of all departments in this regard.
Meanwhile, AC City Waqas Safdar Sikandri and Chief Executive Officer (CEO) FWMC Bilal Feroz Joya also visited the Fish Market and supervised the cleanliness operation.