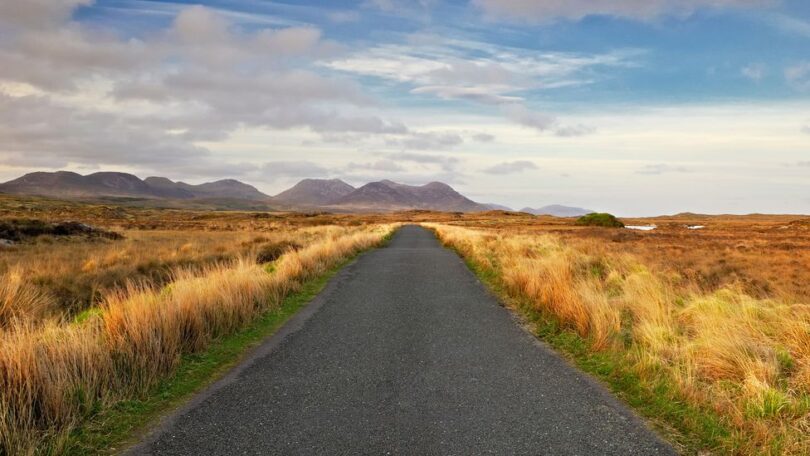 Cycling The Bog Road through Roundstone Bog in Connemara, County Galway, I met more sheep than cars as the free-range animals wandered across both the road and the spongy landscape. I stopped and stepped off the road to take a photo, and mud oozed around my foot. In Ireland’s peat bogs, land is not separate from water.

Pedalling further into the bog, I saw turves (long skinny bricks cut from peat) stacked into a temple-like dome to dry in the wind – a man-made monument that echoed the distant peaks. Continuing through villages, houses along the roadside stored turves in open-fronted sheds in their gardens. After less than an hour of cycling through Roundstone Bog, it was clear that peat cutting is not a past tradition but still very much part of Irish culture today.

Wind flowing across the Atlantic Ocean to western Ireland breaks along Connemara’s mountains, bringing frequent rain that nurtures peat bog, a type of wetland where dead plant material doesn’t decay, but instead slowly accumulates. Cut from the ground and dried, peat is a fuel that has kept Irish households warm, infused whisky with flavour for centuries and served as a custodian of Ireland’s history. 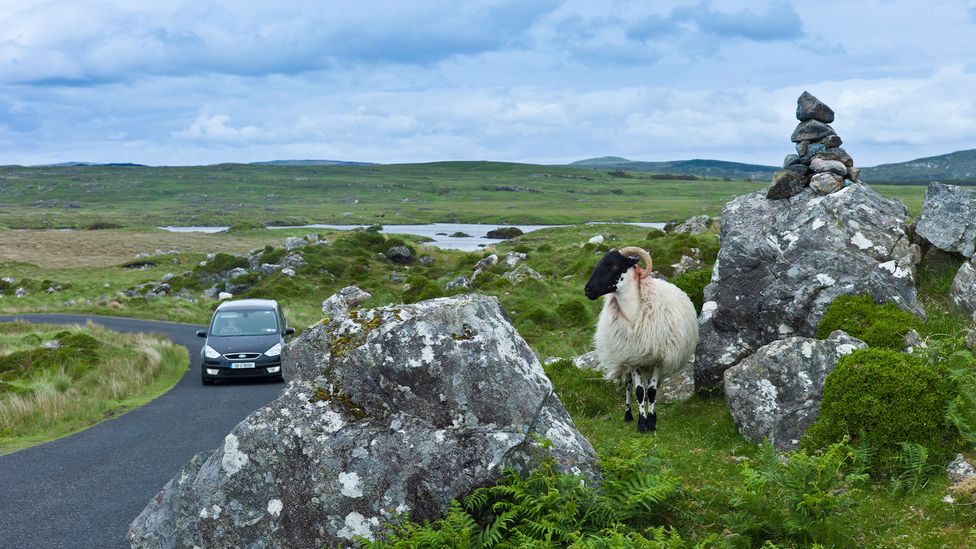 During the 18th Century, when most of Ireland’s forests had already been cleared, peat – which covers roughly 20% of Ireland – was a fuel tenant farmers could harvest from the bogs. Peat cutting became an industry, and as it was dug out of the depths, remnants from past cultures, such as jewellery and even human bodies were found. But this ecosystem isn’t just a vast archaeological site, it’s also an important resource that helps the planet, as globally, peat bogs hold twice as much carbon as all the world’s woodlands. And while forests store carbon for decades or centuries, peat bogs store it for millennia.

Since the low-lying landscape allows roads to follow flat routes between mountains, Connemara is an especially inviting cycling destination. Exposing myself to the wind and rain that have shaped Connemara’s culture – as well as the scents and sounds of the peat bog itself – I set off on a leisurely, five-day, 200km ride along the area’s small country roads and peated landscape.

To start, I took a bus out of Galway City to avoid cycling the busiest section of N59 (the national primary road that cuts across Connemara) and arrived in Clifden, “the capital of Connemara”, where I hired a bicycle from Clifden Bike Shop. Cycling through Roundstone Bog, straight lines where peat had been hand-cut and stacks of turves were signs of human intervention in the landscape. But nature was at work, too. Plants, mosses and lichens grew on exposed peat and were reclaiming it as peat bog.

Leaving Roundstone Bog and heading east, along local road L1205, hollows left by peat removal had refilled with bog water. I knelt down and picked up a handful of bright-green sphagnum moss from the water’s edge and squeezed it. Water flowed out and ran down my wrist. Sphagnum moss can hold more than 12 times its own weight in water and acidifies it. It’s also an ecosystem engineer, as it creates peat bog, and here, it was regrowing after small-scale peat cutting a few months earlier. 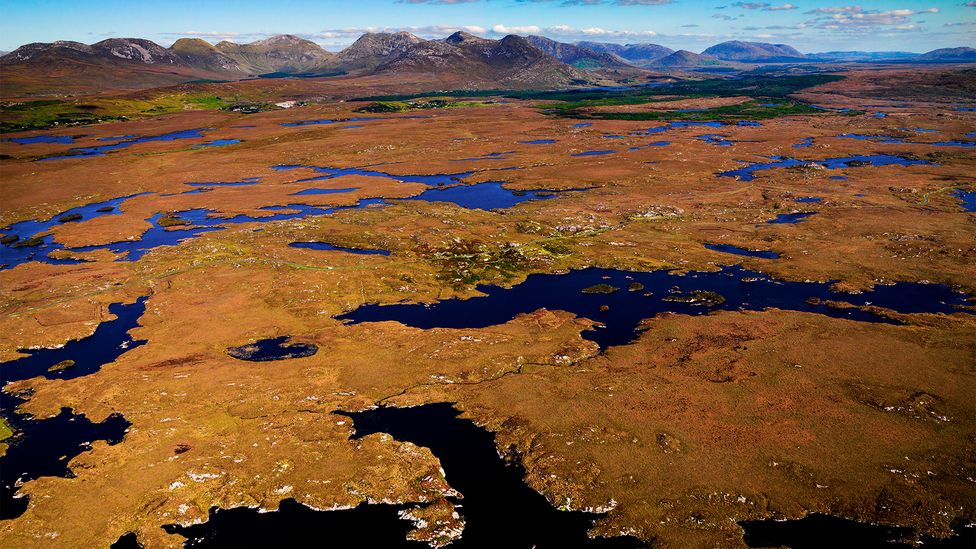 Peat covers roughly 20% of Ireland and has served as custodians of its history (Credit: Chris Hill/Getty Images)

I then stopped at Pearse Cultural Centre, home to a new interpretation centre that offers insights into the local landscape, as well as the restored cottage of Patrick Pearse. The Irish nationalist wrote with passion and nostalgia for rural Galway and was leader of the 1916 Rising of Irish Republicans against British rule. After Pearse and other leaders were executed following the rebellion, support for Irish independence grew, and in 1922 the Irish Free State – now Republic of Ireland – left the United Kingdom.

Outside the interpretation centre, a sign attributes the shifting colour of the landscape to purple moor grass and ling heather, which grow in shallow peat. I was there in October and purple moor grass was golden with autumnal leaves. I had missed the end of summer ling heather bloom that shades blanket bogs in mauve – but I timed my visit perfectly to taste it.

Cycling through the small parish of Camus Oughter, I passed an honesty box filled with products made by Green Bee. I picked up some heather honey on impulse, and found that adding Green Bee’s heather honey to tea infused it with flavour, sweetening and also giving it viscosity and a slightly woody-floral taste. I later emailed Green Bee’s owners, Donna Sturm and Edwin Smyth, and asked why their honey tasted so much more complex and delicious than standard honey.

“Seasonal flower availability allows us to produce three different types of honey: summer honey, early autumn honey and heather honey,” they responded. “There are large amounts of ling heather plants growing in this part of Connemara due to blanket bogs that cover the area, and this heather produces the best quality heather honey.” 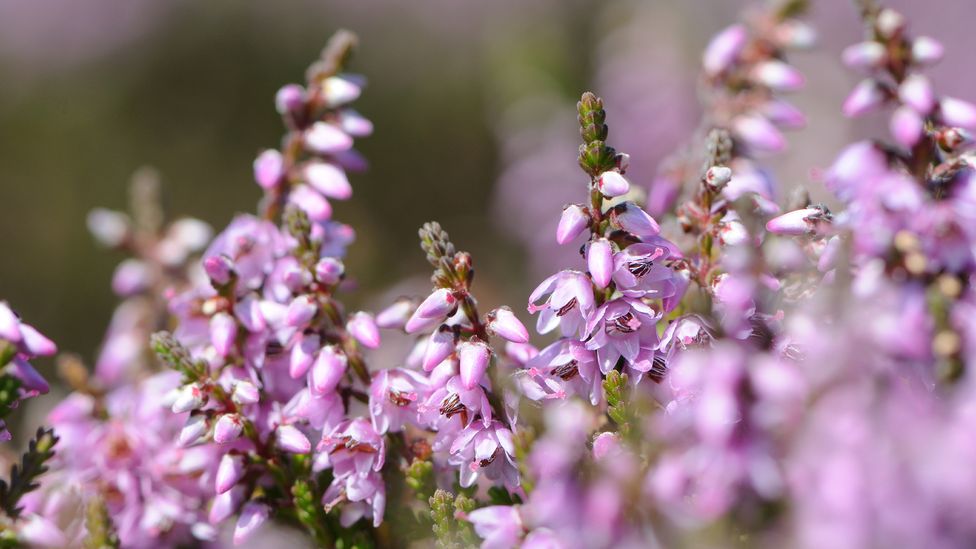 Donna and Edwin were hobbyist beekeepers who moved to Camus Oughter in hope of becoming full-time honey-makers. When I asked them how they chose this location, they said, “There is little or no use of pesticides and herbicides in the area which could affect both our honeybees and the quality of our honey. The air that blows over this part of Connemara is considered to be the cleanest in Europe, after travelling over the northern Canadian wetlands, and then more than 3,000km over the Atlantic Ocean before reaching us here.”

I carried on to the village of Rossaveal and took a ferry to Inis Mór, the largest of the Aran Islands for a couple of days. On returning to the mainland, caught out by the appeal of looping along the coastal road past Carna and autumn’s early sunset, I arrived at Ballynahinch Castle in the dark. My first view of the estate-turned-hotel was a cluster of lights mirrored in Owenmore River. After carrying my bicycle panniers to my room and changing out of muddy clothes, peated whisky from Micil Distillery was a warm welcome.

Based in Galway City, Micil collects their turf from Galway bogs, and their spirits are served in pubs and bars around Connemara. They also make gin flavoured with local bog myrtle, and their poitín (an unaged spirit), made with a family recipe passed down through generations, incorporates bog bean – a white-flowered, bog-dwelling plant. While cycling, I kept seeing bog myrtle’s grey-leaved tufts along road edges. Stopping to enjoy views and squelching between tussocks, I would catch its resinous aroma as I brushed against its twigs and leaves.

The next day, heading towards Derryclare Lough and past the Twelve Bens mountains, I followed a 6km-section of car-free path for pedestrians and cyclists that has been constructed so far for the new Connemara Greenway. Pines with an under footing of moss formed a wide buffer between Greenway and road. Last December, funding was allocated for what will eventually be a 76km-long car-free route from Galway City to Clifden. 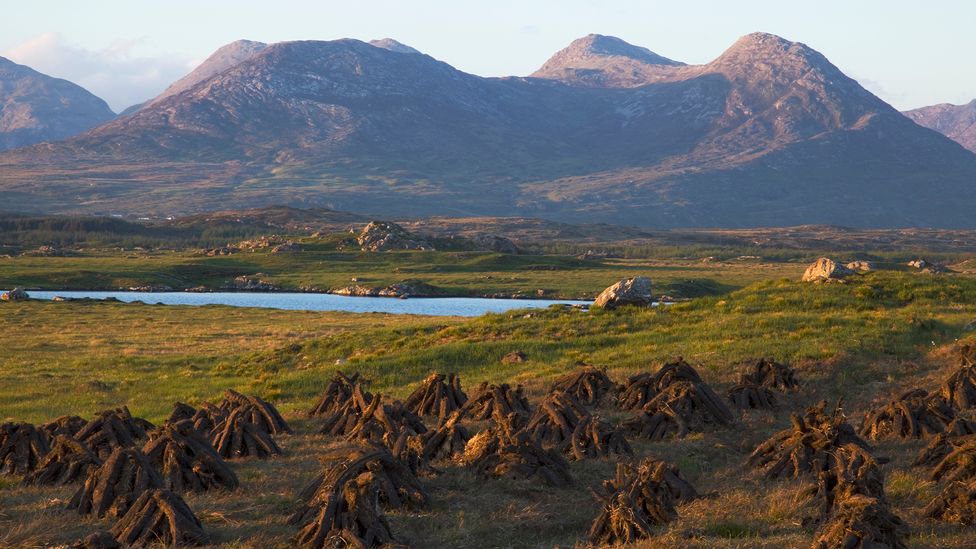 Having seen plenty of bog from my bike, I didn’t hike trails around the Connemara National Park Visitor Centre. Instead, I stopped to look at their displays on local culture and wildlife connected to bogs.

Casually displayed was a pine trunk radiocarbon-dated to be 8,600 years old – a relic of ancient forest subsumed and preserved by bog. Organic matter that would usually decay while exposed to air and weathering is conserved by bog conditions that inhibit bacterial growth and insulate it from extreme temperatures.

In a timeline display, I learned that peat bogs are the result of human intervention. Five thousand years ago, the first people to settle in Connemara cleared areas of primeval forest for farming using stone axes and fire. Bronze and iron axes brought by more recent arrivals accelerated this large-scale decline in forest cover. Deposits of charcoal from previous forest burning blocked soil drainage. As high rainfall accumulated, it nurtured the growth of peat bogs.

“Ireland is a global hotspot for peatlands,” said Dr Clare Noone, researcher at Irish Climate Analysis and Research UnitS. “Unfortunately, most Irish peatlands have been drained or degraded and [in this state] it is likely Irish peatlands are currently significant sources of carbon emissions, contributing to global warming. With careful management, this could be reversed. They could become an important sink and help slow down the impacts of climate change.” 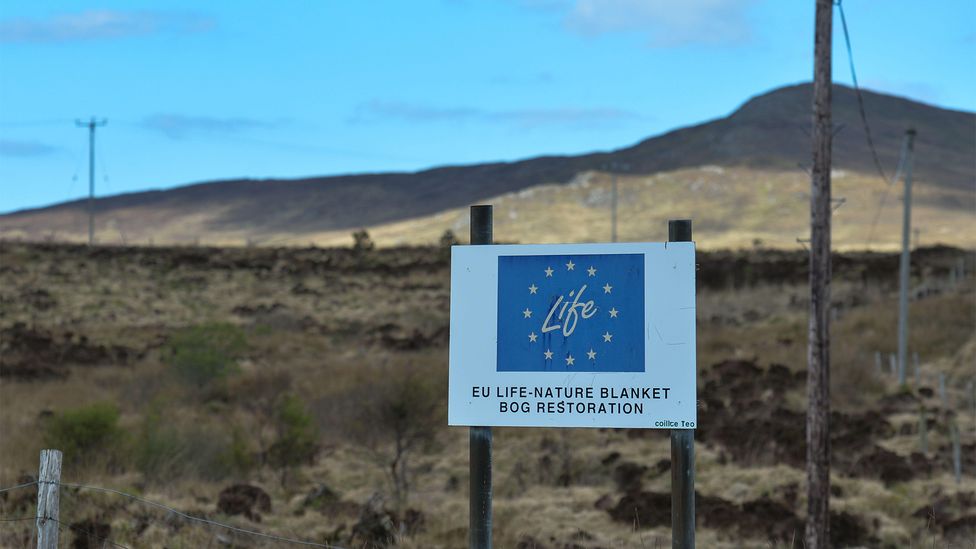 According to Dr Micheline Sheehy Skeffington, a local wetland ecologist, cycling enthusiast and president of the Botanical Society of Britain & Ireland the small-scale is very much less destructive than the industrial-scale peat cutting that becomes horticultural compost and fuel for power stations. “Hand-cutting turf is very different from machine-cut turf: it is less destructive and slower to become extensive,” she said. The UK has legislated to ban the sale of horticultural peat to gardeners, and Ireland’s peat-burning power stations are being shut down.

Coming in from a cool day’s cycling, the quiet glow of a turf fire made a warm welcome at Renvyle House Hotel on Connemara’s northern coast. Standing by the fireplace, someone commented, “I believe the planet is suffering. But until we get these bigger countries to cut their emissions, what damage are we doing with a few chimneys?”. The hope, however, is that if more people pedal through this unique landscape, it could help fuel a slow travel revolution that works to save this ecosystem.

Cycling around Connemara’s bogs is a way of travelling that’s congruent with the growing move away from peat and petrol as fuel. This unique landscape will remain tied to Irish culture as a repository for its archaeological past. But moving forwards, perhaps people will use peat less in fires and experience it more through scenic bike rides.