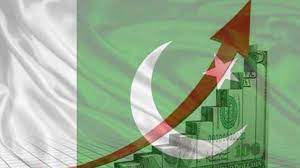 The state of Pakistan is passing through a very crucial phase in its history. There had been a grave risk of its economic default, the country’s economy is creeping on foreign loans, grants as well as on delayed energy payments to friendly Arab countries. The Political groups both treasury and the opposition firmly stuck to their political agendas and creating unrest, promoting instability, and causing uncertainty for the businesses, traders, investors as well as the common public that damaged the national economy.

The state machinery became dysfunctional as the bureaucracy influenced by politics and sides with one party or the other instead of maintaining the rule of the law, constitution, and professional acumen. Both political factions harassed the government officials and created an unpleasant situation because the government institutions became mere tools for the influential. The prevailing political instability badly hurt the national interest.

Realistically, extremist behaviour and self-centered politics had always spoiled the mutual trust and working environment between the political parties and led to unending deadlocks and antagonism in politics. In fact, the Pakistani nation comprises over 230 million people of different colour and clans having multiple religious faith, political creeds, and social manifestos, hence no religious or political group can coax other people to like, or adhere to his code of life or politics. Hence, the only way forward is to respect each other beliefs and political doctrines, create a conducive environment for each other to play a meaningful and constructive role in national affairs.

The current political trends neither suit political parties nor encourage economy, politics, and governance. Pakistan could not prosper due to political and economic instability and there is a dire need that all political parties must sacrifice their personal egos for the peace and prosperity of the country. The intellectual circles, civil society leaders, traders, and business community all are extremely worried about the political and economic turmoil in the country and intend to create harmony between all political forces to get out of the current crisis. The only resolution to the situation lies in initiation of comprehensive dialogue between the entire political spectrum to deliberate on General Elections, so the nation move toward political stability and economic prosperity.