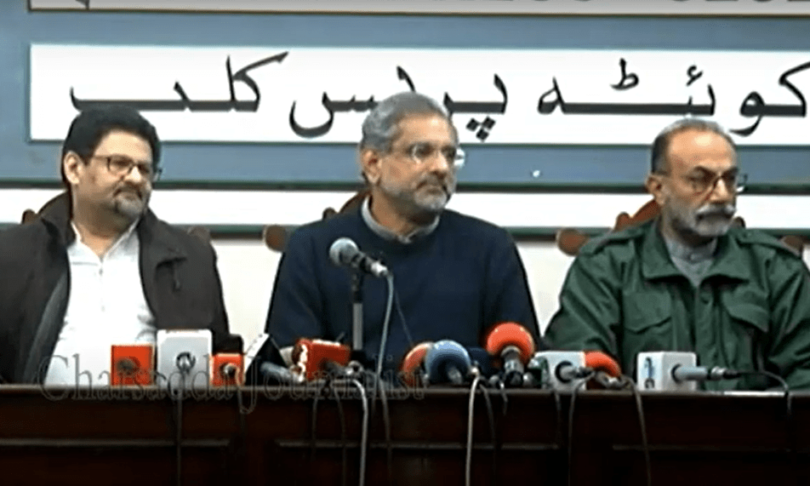 QUETTA (INP): Former prime minister Shahid Khaqan Abbasi on Sunday said the judiciary should review its past decisions, urging it rectify the injustices done to former prime minister Nawaz Sharif, whose return to Pakistan is expected soon.
Responding to a reporter’s question during a joint press conference, Abbasi said: “The injustices done to Mian Nawaz Sharif sahab we talk about Mian Nawaz Sharif returning to the country but we should also rectify those injustices and those injustices are very evident.”
The PML-N leader has been holding a series of non-partisan talks along with other renowned political ‘mavericks’such as former finance minister Miftah Ismail and former senator Mustafa Nawaz Khokhar on the current economic and political issues in the country.
The speakers blamed all stakeholders including political parties, the military establishment and the judiciary for the problems the masses were facing and urged them to find a way out of the prevalent political and economic impasse in light of the Constitution instead of focusing on a power struggle.