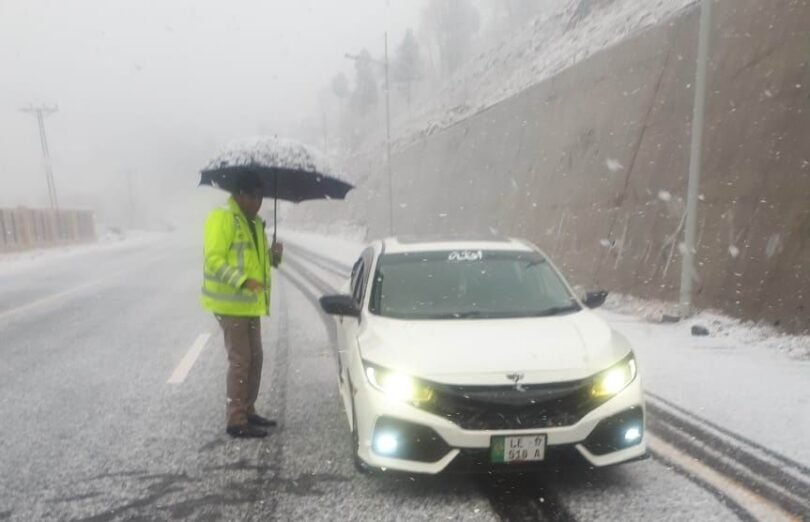 F.P. Report
ABBOTTABAD: SP Hazara Motorway Syed Saqib Shah said that after receiving the fresh spell of snow last night, additional personnel has been deployed in Battal and Chinarkot for assistance and convenience of passengers. He expressed these views while talking to the media here Sunday.
He further said that an awareness campaign was also launched in these areas since the onset of winter, while officials were deputed for awareness/ information at Chinarkot and Kuzabanda toll plazas.
Saqib Shah said that snow-clearing machines have also been mobilized to clear the carriageway for all kinds of traffic. He said that before traveling in the snow-hit areas of the Hazara motorway, make sure that the vehicle is fully fit and the driver is experienced in driving on snow.
Moreover, the road can be slippery at night and early in the morning due to black ice which is a post snow phenomenon, so avoid unnecessary travel during these times, adding SP Hazara motorway said.
He said that negligence and careless driving can cause severe losses, in case of any emergency, for any help or information contact the Motorway Police helpline number 130.
Besides other hilly areas of the Hazara division, the intermittent snowfall continued in the Battal and Chinarkot areas of Hazara Motorway for the third consecutive day on Sunday.