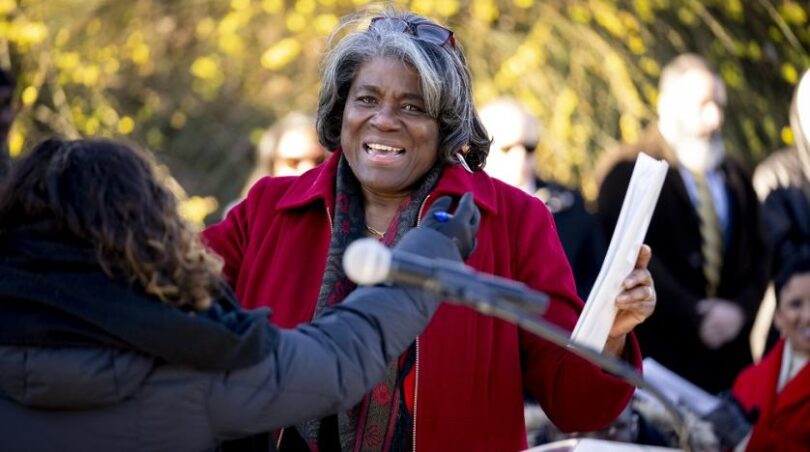 Accoridng to the media, the US Ambassador to the UN, Linda Thomas-Greenfield has kicked off her 10-day long Africa tour as part of President Joe Biden’s big push to engage with the world’s second-largest continent. According to the details, Ambassador Greenfield is scheduled to visit Ghana, Mozambique, and Kenya to affirm and strengthen US partnerships with key current and former UN Security Council members. As said, she will engage with women and civil society leaders, UN officials, entrepreneurs, US alumni, and international relations students in Ghana and Mozambique while her focus of the visit would be on humanitarian programs, food security, and the regional response to drought and assistance to refugees in Kenya.

The African continent has become a future battlefield between global competitors after China has surpassed the United States in trade and is aiming to increase its military presence in multiple African destinations, while the Russian Federation has forged military ties with the authorities in Mali and Central African Republic. At the same time, Putin’s vanguard, the Wagner Group has successfully pushed back France by expanding its presence in over a dozen African nations including Mali, Nigar, Sudan, Congo, Burkina Faso, Central African Republic, and others, that not only seriously hurt western interests in Africa but alarmed the bell in western capitals over rapidly advances of their adversaries in the resource riched poor continent. The changed regional dynamics sensitized the US Strategists and currently, the US State Department diverted all its energies toward the cultivation of ties with African nations.

The recurrent French retreat in various African nations and the gradual widening cooperation between multiple African states and the Russian government and private military the Wagner Group sensitized the United States and its allies over the past one and a half years. President Biden conceived a plan to reengage Africa by hosting US-Africa Leaders Summit in December last year. During the Summit, Biden set the stage for broader US-Africa cooperation in the coming years and urgent American shuttle diplomacy started to engage nearly 49 African states to realize the shared objectives in the region.

Interestingly, the importance of the issue and the haste of American Strategists in launching a diplomatic offensive against Russian and Chinese ingress in Africa is clearly evident that the American UN mission also gets involved in African affairs and the present US Permanent Representative to the UN is currently overseeing American public diplomacy, food security, regional peace, and secuirty matters in Africa beside managing global affairs at the United Nations.

Ostensibly, the latest development in global politics and US diplomatic outreach will surely lead to economic, defense, and security realignment in the region that will prompt new rivalries and competition in Africa as several nations including Nigar, Mali, Sudan, Congo, Burkina Faso, and Central African Republic had recently tightened their knot with Moscow while some others are home to Chinese investment and military basing. Asia, Europe, Oceania, and Latin America were already suffering outcomes of global rivalry, now this curse has renewed its presence in Africa. Apparently, the hegemons are on the way to destruction, hence world’s future is vague and uncertain until the UN plays the role of regulator and peace broker in the world.