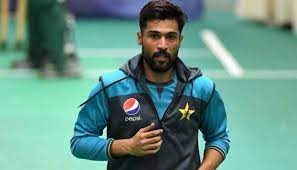 LAHORE: The unexpected return of fast bowler Mohammad Amir, who was previously discarded by the Pakistan national team, to the National High Performance Centre (NHPC) in Pakistan on Friday has raised questions about a possible return to the national team
In a viral video, Amir can be seen saying he requested Pakistan Cricket Board (PCB) chairman Najam Sethi “who was kind enough” to allow him to train at the NHPC in Lahore.

Amir’s appearance at the facility was the first after he fell apart with the PCB’s administration under former chairman Ehsan Mani.
He had also failed to get along with Ehsan’s successor Ramiz Raja — who was removed from office last week along with his Board of Governors for an interim Manage­ment Committee, led by Najam Sethi, to take over the board’s affairs in line with instructions from Prime Minister Shehbaz Sharif.

Amir also admitted he was eyeing a return to international cricket.

The pacer, who was tainted in a spot-fixing saga that struck Pakistan during their tour of England in 2010, said he was currently focused on preparing for the upcoming Bangladesh Premier League.

Earlier, the 30-year-old also expressed happiness after Sethi took over the Ramiz-led PCB. “..Right man for the right job congratulations to @najamsethi sir,” he had tweeted.