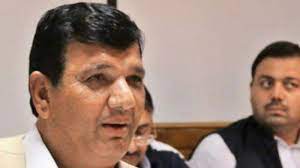 Engineer Amir Muqam said that Latif Lala was a very senior lawyer and a leader who participated in many historical movements of Pakistan and his death is a great loss for the country and the legal community. He said that this barbaric murder should be condemned at all levels and the punishment of the culprit should be ensured. Amir Muqam prayed for the martyr that May the almighty grant the deceased the highest ranks in Jannah and grant the bereaved family the courage to bear this irreparable loss with patience and perseverance.