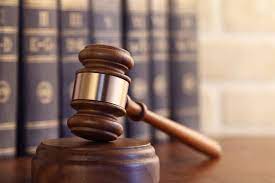 According to prosecution, EPI Manager has alleged made embezzlement of Rs7.7 million while releasing cheques and a case was registered against him by Anti-corruption establishment.

Public Prosecutor Zia-ul-Qamar Safi appeared on behalf of state while the judgment stated that they are on bail and their sureties are relieved from their liabilities of sureties’ bond. The case property be dealt in accordance with law and instant file consigned to the record room after completion and compilation.

The judgement further added that main accused Shahzad Ali Shah was not beneficiary of these cheques because the cheques were issued in the name of contractor neither it is proved that cheques were prepared by EPI Manager Department of Health Khyber Pakhtunkhwa.

The counsel argued that it does not made any losses to public’s exchequer while contractor is also accused in the cases to whom cross-cheque of National Bank of Pakistan issued. He added that it is premature cases because cheques didn’t cash by contractor. Anti-corruption court judge Babar Ali Khan after conclusion of trial and arguments acquitted four accused while dispose-off the petition.