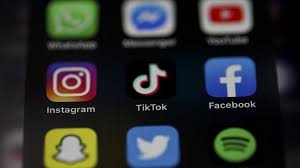 Social media has become an easily accessible and free playland for cybercriminals, terrorist organizations, drug smugglers, human traffickers, and people with bad/criminal intentions relating to any field including trade fraud, racism, vulgarity, religious and sectarian hate along with providing a fertile land and feasible conditions for the recruitment of new prospects, as well as communication and liaison with other domestic and transnational criminal groups across the globe. Over the past few years, there have been repeated complaints regarding the circulation and publishing of distorted translations of the Holy Quran and indecent contents agaisnt the Holy books and pious personalities that were generated within the country, particularly from Punjab that seriously hurt the religious sentiments of the Public. During the hearing of a blasphemy case, the Lahore High Court (LHC) directed the concerned departments to take steps for removing blasphemous content from social media. However, the court verdict was challenged by the PTA and the Ministry of Information Technology in the Supreme Court, which had been pulled back by the Federal government, to pave the way for subsequent action against the perpetrators by the relevant authorities.

Realistically, the emergence of modern technologies, the internet, and the latest scientific innovations have transformed the world into a Global Village. While unprecedented development not only brought unimaginable luxuries and comforts for mankind but also introduced new trends and methodologies in street crimes, computer hacking, and misuse of social media for rights abuse, harassment, and victimization of opponents. Cyber crimes and misuse of technology happen unhinderedly in all countries of the world, but it is the duty of the states to devise means to restrict and arrest culprits at the early stage of crime.

According to reports, anti-Pakistan and anti-Islam elements are widely using the internet and social media for character assassination of pious personalities and disseminating anti-Islam literature to distort the divine teachings of the Holy Prophet and Quran. Muslim Scholars and religious organizations remain on guard against such heinous activities of certain non-Muslim factions and had always brought these issues to the knowledge of the government to effectively block these activities in the country.

Historically, the criminals routinely exploit religious freedoms and civil liberties through social media platforms to secretly attack Islam, propagating their nefarious and anti-Islamic literature to distort the true version of Islam. Although, there had been multiple laws and government institutions including the Police, FIA, PTA, and SECP but all those arrangements were mostly used for political purposes and usually played the role of blind and daff elephants that can neither see, nor listen to public grievances and violation of the law, even they do not act on whistleblowing.

The constitution of Pakistan profoundly protects all religious and citizenry rights of its masses including minorities but the government and Law Enforcement Agencies must be proactive and unbiased in their approach toward full implementation of the law otherwise these bulky ledgers have no use except library decoration. The Pakistani nation had always stood up in the support of religious freedom and civil liberties but no one will be allowed to wage a secret war against Islam in the garb of religious and civil liberties. Therefore, the government and public institutions must protect and preserve the core ideology of the country mechanically without waiting for public pressure or political intervention by the stakeholders, so the security and preservation of the great Muslim ideology and divine Islamic verses could be ensured in the future.