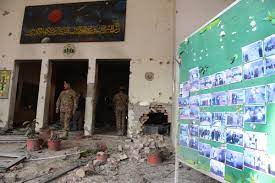 The Pakistani nation has bitter and heartbreaking memories associated with December 16. Earlier, Pakistan was dismembered and East Pakistan separated its way on that day about half a century ago while terrorists and their financiers chose the same day to wage a carnage of the Army Public School in Peshawar 8 years ago. The enemies have an unending animosity toward Pakistan and they have repeatedly lacerated the country as and when they got an opportunity. Presently, India and other anti-Pakistan elements feel no scarcity of mercenaries and paid agents because the TTP and other terrorist groups are all time available to hire guns for them.

Unfortunately, Pakistan is passing through a very crucial phase in its history, as continued political uncertainty and persistent disagreement between the government and the opposition have shattered the national economy.   The country is entirely dependent on the IMF program and foreign loans while sharply depleting foreign reserves and rising inflation along with deepening political chaos portray a genuine risk of the Country’s economic default. The current situation resembles the pre-1971 East Pakistan crisis and offers a highly plausible and generative conditions for Pakistan’s eternal enemies and terrorist organizations to implement their nefarious designs against the Country.

Awfully, neither the nation nor Pakistani leaders and institutions had learned a lesson from the past tragedies including the fall of Dhaka and the massacre of the Peshawar Army Public School.

Pakistan had suffered tremendous losses and missed numerous opportunities due to the irrational and myopic policies of our strategists, the country had reached the brink of utter failure. However, if Pakistani top brass revisit their policies they can pull the country out of this catastrophe.