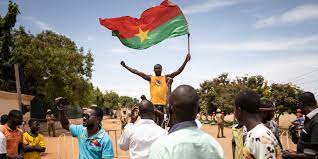 According to the media, the violence-hit Burkina Faso has struck an agreement with Russia’s Wagner Group in which the shadowy mercenary outfit will assist the West African country deal with surging jihadi violence in exchange for mine rights. Ghana’s President, Nana Akufo-Addo has informed the global leaders gathered at the US-Africa Summit in Washington that Ghana’s neighbor has allocated a mine to the Wagner Group as a form of payment for its deployment of fighters to combat violent armed groups linked to Al-Qaida and the Islamic State in the West African nation.

Burkina Faso, a landlocked West African nation is battling a jihadist insurgency, religious violence, and extremism over the past several years. The violent clashes between the military and militant groups had resulted in the death of thousands of civilians and displaced over two million Burkinabes while large swaths of the land became a no-go area for the common public because of lawlessness and violence. An economically fragile and militarily weak African country witnessed two consecutive military coups over the past eight months for the sole aim of restoration of peace, even though Burkina’s military failed to defeat the terror outfits so far. Interestingly, the throne-invading military officers finally decided to hire a private Army to defeat the enemies.

Presently, the resource-rich Africa has become a battleground between global players while the United States, Russia, France, China, and their allies are pushing for greater influence in the regional states to gain better access to untapped treasures of gold, oil and gas and other valuable minerals in the entire region. Earlier, the French had a strong military presence in Burkina Faso which had been sharply replaced by the Russian Wagner Group in recent months. Surprisingly, Burkina’s residents had jubilated the military coups and the departure of the French military, while they welcomed the Russian mercenaries on their soil in a hope that Russian-hired guns might bring peace to their country.

In fact, power full nations exploit the issues of poor countries and comprehend their global agenda through them while innocent nations consider them guardians of civil rights, liberties, and democracy. At a time, Burkinabes are celebrating French’s exit and Russia’s arrival, soon they will realize that they have bartered a scorpion for a snake.