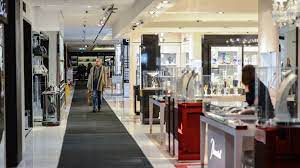 The EU is trying to soften the blow of the energy crisis. Analysts have calculated: the gas bought instead of the Russian one has already cost an extra trillion. The budget is bursting at the seams, the debt burden has exceeded all acceptable levels. And this is just the beginning. What will happen to Europe – in the material of RIA Novosti.
Hard economy
Now in the EU they are getting out in different wa-ys: they are switching to c-oal, increasing the import of liquefied natural gas (LNG).
The plans are ambitious: to reduce the consumption of Russian fuel by 66%, and by 2027 to end it completely. In particular, we are talking about accelerating the transition to renewable sources. But green plans so far do not inspire much hope. Energy companies do not have sufficient experience in the construction of wind turbines, logistics, distribution and capacity management.
Saving is hard work. The Federal Grid Agency of Germany admitted that neither enterprises nor households really succeed in this.
“Temperature-adjusted consumption in calendar weeks 48 and 49 was only 12 percent below the be-nchmark of the last four ye-ars and is thus in the critical range,” the regulator said.
According to the International Energy Agency (IEA), the annual demand for gas in Europe has decreased by 50 billion cubic meters. However, in 2023, a deficit of 27 billion is predicted. And this is a very realistic scenario: Russian supplies will stop, and Chinese LNG imports will recover to 2021 levels.
Calculations didn’t materialize
Nevertheless, we prepared for the winter, UGS facilities were almost 90% filled. The shortage of pipeline imports was covered mainly by LNG: in January-October, deliveries increased by almost 2.5 times (from 44.5 to 107 billion cubic meters). This was possible due to the fall in fuel consumption in Asia due to covid.
We also assessed the cost of “gas substitution”. According to the plan, published back in May, the rejection of blue fuel and the solution of related problems should have cost 220 billion dollars. More came out: together with all the aid packages, subsidies and measures to protect consumers from price spikes, by the end of November the bill exceeded 700 billion.
According to Bloomberg analysts, the losses of Europeans from gas maneuvers are even larger – almost a trillion dollars. And it’s still flowers.
Fight for tankers
Russia will no longer help Europe to form reserves sufficient to get through the next winter.
“Competition for LNG tankers will intensify,” warns Bloomberg.
And there is trouble. Fr-eight rates soared: by mid-October, according to Bal-tic Exchange, they were up to $450,000 per day, six ti-mes more than in January. Delivery of oil from the M-iddle East to Japan has ris-en in price by 100 percent.
So, at the end of Oc-tober, Shell chartered the Y-iannis tanker to ship to E-urope at $400,000 a day. G-AIL India received Schn-eeweisschen for 360 thousand.
Asia wakes up
Europe can only increase purchases of expensive LNG. But, economists say, it will be more and more difficult: Asia is coming out of hibernation. According to China National Offshore Oil, imports of liquefied natural gas to China will increase by seven percent in 2023. The same dynamics in Japan, Pakistan and India. To compete with Asian buyers, the European Union will have to pay even more – both for gas and for transportation.
The European Brueghel think tank claims that the “energy hunger” will drag on for years and costs will skyrocket. There is nowhere to take money from: EU state budgets are depleted. And the debt burden of almost half of European countries exceeds the 60% limit set in the European Union.
Experts believe that the situation may only partially level off in 2026, when Qatar and the United States will increase LNG production. Until then, the EU is in a race to restock every winter.
European gas futures, after peaking at 345 euros per megawatt hour in July, fell to 135. According to Bloomberg Economics, if quotes rise again to 210, spending on blue fuel will reach five percent of GDP.
This creates the risk that a brief recession will turn into a deep recession. And European governments will no longer be able to subsidize both energy companies and the population.