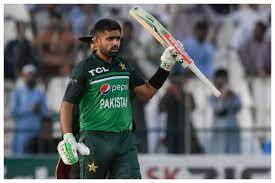 India’s Virat Kohli has moved up two spots to go sixth in the ICC men’s ODI batters’ rankings after scoring his 45th century in the format in the first game against Sri Lanka. Kohli’s 113 saw him overtake Jonny Bairstow and Steven Smith in the rankings. India captain Rohit Sharma, who scored 83 off 67 in the same match, also moved up a spot to eighth rank.

Usman Khawaja jumped four spots to break back into the top 10. His unbeaten 195 in the drawn Sydney Test against South Africa saw him jump to eighth place in the rankings. He is currently one of four Australians in the top 10 in the Test batting charts, along with Marnus Labuschagne at the top, Smith at No 2 and Travis Head ranked fourth.

Josh Hazlewood returned to the Australia XI in the third Test after a side strain kept him out of action, and grabbed five wickets to move up six spots to No 10 among the bowlers. All of Australia’s premier pace trio of Hazlewood, Pat Cummins and Mitchell Starc are now in the top 10 in the Test rankings.

Afghanistan legspinner Rashid Khan replaced Wanindu Hasaranga on top of the T20I bowlers’ rankings after the Sri Lankan star failed to fire in the three-match series in India. Hasaranga took three wickets while conceding 99 runs in the series at an economy rate of 9.00 an over. Rashid, meanwhile, hasn’t played a T20I in over two months since the World Cup in Australia in November.