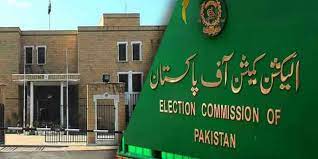 A bench headed by Chief Election Commissioner Sikandar Sultan Raja directed the PML-N to hold the elections till March 14 after hearing arguments from the lawyer of the political party.

During the hearing, the lawyer said the intra-party polls were delayed due to some circumstances, adding that elections of Shehbaz Sharif, who is PML-N president, as prime minister was one of the factors. He said that party Secretary General Ahsan Iqbal would return to Pakistan from Geneva from Jan 14, adding that the polls would be held by Jan 31.

To which, ECP Punjab Member Babar Bharwana remarked the electoral symbol of the party would be withdrawn if elections were not held on Jan 31.

The CEC remarked the someone else should be made party president if Mr Sharif was busy in political activities, adding that the electoral body could grant more time if valid reasons are submitted.

He also remarked that party elections held by political parties except some are “joke”. “At least PML-N should hold such polls half-heartedly”.