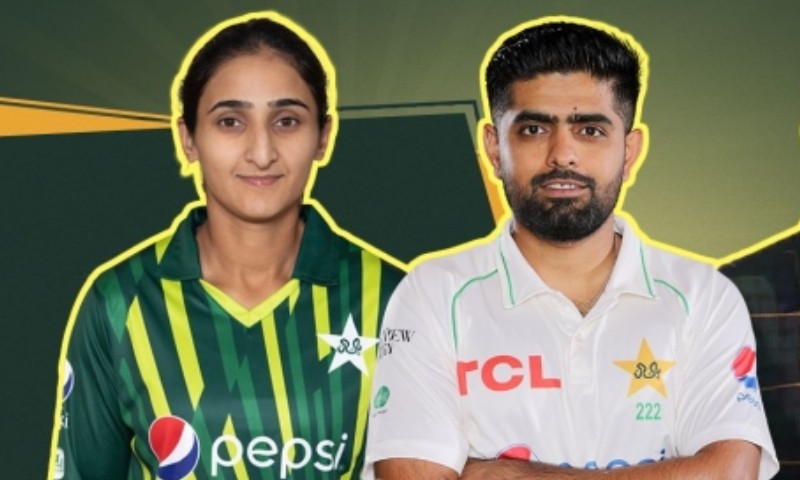 LAHORE (NNI): Pakistan captains Babar Azam and Bismah Maroof have reviewed 2022 in a special edition of the PCB Podcast, which is now available here for viewing and free downloading for editorial purposes.
2022 was an incredibly busy year for the national men’s and women’s cricketers in the international arena. The men’s side played a total of 44 international matches (nine Tests, nine ODIs and 26 T20Is) and reached the finals of the ACC Asia Cup and the ICC Men’s T20 World Cup besides hosting Australia, West Indies, England and New Zealand, while the women’s side featured in 32 internationals (13 ODIs and 19 T20Is) and participated in the ICC Women’s Cricket World Cup, Birmingham Commonwealth Games and the ACC Women’s T20 Asia Cup, besides hosting Sri Lanka and Ireland.
Babar Azam, who appeared in all 44 internationals and finished as the most successful batter in the world with 2,598 runs, reflecting on the year said: “Our performances in white-ball cricket upstaged our achievements in red-ball cricket. We reached the finals in the UAE and Australia, and though we didn’t perform the way we had expected in red-ball cricket, three sides ranked above Pakistan played in Pakistan that provided us a huge learning opportunity and also entertained our fans.”
“In T20 cricket, my favourite match was the win against India in the repeat fixture of the Asia Cup as it was a crucial game for us in terms of a place in the final. In Test cricket, victory in the first Test against Sri Lanka in Galle was outstanding as we chased down 342 for the loss of six wickets on a difficult track. Abdullah Shafique was magnificent in the second innings when he scored 160 not out.”
Bismah Maroof: “The highlight of our World Cup campaign was the victory over the West Indies, which was our first in 13 years in the pinnacle event. We also won five of the six ODIs against Sri Lanka and Ireland at home to move up to second in the ICC Women’s Championship, while we defeated India in Sylhet for the first time since 2014 though we missed out on the ACC Women’s T20 Asia Cup final after losing to Sri Lanka by one-run in the semi-final.”
The women’s team performance was also reflected in the ICC Player of the Month awards when Tuba Hassan (May), Nida Dar (October) and Sidra Amin (November) won international recognitions.
In 2022, Bangladesh U19 also visited Pakistan, former Pakistan captain Azhar Ali announced his retirement from international cricket, Lahore Qalandars won their maiden HBL Pakistan Super League title in front of home fans at the Gaddafi Stadium, Sindh clinched the National T20 silverware, Northern lifted the Quaid-e-Azam Trophy, while AH Kardar and Younis Khan were inducted into the PCB Hall of Fame.