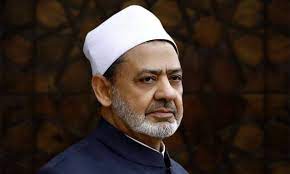 KABUL (Tolo News): The Grand Imam of Al-Azhar, Ahmed el-Tayeb said that he “deeply” regrets the decision issued by the authorities in Afghanistan, preventing Afghan women’s access to university education and adding that it contradicts Islamic Sharia and conflicts with its explicit call for men and women to pursue knowledge from the cradle to the grave.
The suspension of higher education for female students has triggered global reactions and criticisms. Many world countries and international organizations have expressed concerns over the decision and have condemned it. Tayeb said he warns “Muslims and non-Muslims against believing or accepting the allegation that it banning women’s education is approved in Islam.”
“Indeed, Islam firmly denounces such banning since it contradicts the legal rights Islam equally guarantees for women and men,” he said. He called on authorities in Afghanistan to reconsider their decision for “the truth is more deserving of being followed.” At a press conference, the US Secretary of State Antony Blinken said the continuation of the decision will have implications. “We are engaged with other countries on this right now. There are going to be costs if this is not reversed, if this is not changed,” Blinken said.
“Heartened by Afghan unity – resignations, protests, anger, despair and resolve – powerful expressions of solidarity, community and faith,” said the US Chargé d’Affaires Karen Decker. “We see you. We hear you. We support you.” Following a mass campaign against the closure of female universities, many lecturers announced their resignations.
“I am deeply concerned. I wanted to resign as a protest and I hope these protests and actions by us will convey our voices to officials,” said Raihana Halim, a lecturer from Kabul University who studies her Ph.D. in Turkey. “I have offered my resignation to the Ministry of Higher Education as a protest and in support of our sisters. There are some other lecturers who are trying to continue their process of resignation,” said Ihsanullah Rahmani, a lecturer from Kabul Polytechnic University who is in Turkey for his master’s degree.
Many Afghan refugees overseas held protests in reaction to the ban on universities for women. A group of students from different universities in Khyber Pakhtunkhwa in response to the decision held a protest and demanded the reopening of universities for women in Afghanistan.