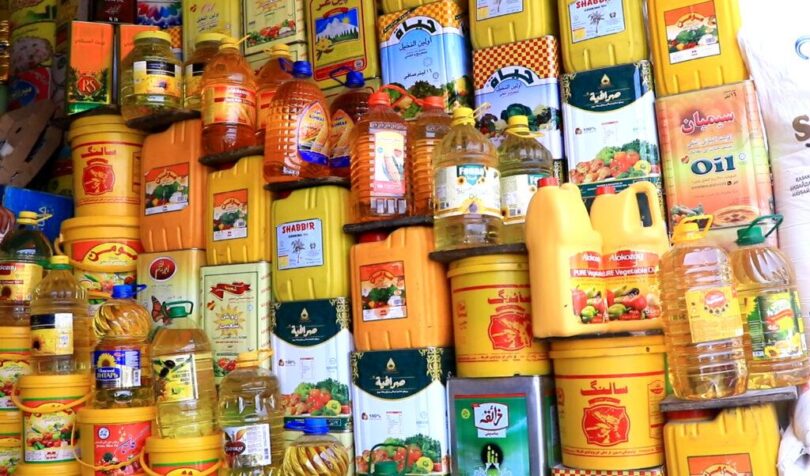 KABUL (Pajhwok): The price of fuel has increased by four percent while the rate of cooking oil dipped during the outgoing week in capital Kabul, market sources said on Saturday. According to a worker of the Ahmadyar Group of Pump Stations, the price of one litre of petrol jumped from 70 afs to 75 afs and one litre of diesel from 89 afs to 91 afs.
According to reports last week, an oil tanker overturned and caught fire inside the Salang tunnel, connecting Kabul with northern Afghanistan. But, Mohammad Sharif, a liquefied gas seller in Kalola Pushta locality, said the price of one kilogram decreased from 63afs to 62afs.
Zmarai Safi, head of the Food Traders Union, said the price of a 16-litre tin of Malaysian cooking oil increased from 1,800afs to 1,750afs. He added the price 49-kilogram bag of Kazakh flour stood at 2,200afs, 24.5-kilogram sack of Pakistani rice at 3,000afs, 49 kilograms bag of Indian sugar 3,000, one kilogram of African black tea at 400afs and the same quantity of Indonesian green tea at 350afs.
Hamid Sufizada, a retailer in Dahna-i-Bagh area, said the retail price of a 49-kilogram bag of Kazakh flour was 2,250 afs, a 24-kilogram sack of Pakistani rice 3,050 afs, a 49 kilograms bag of Indian sugar 3,050 afs, a 16 litres tin of Malaysian cooking oil 1,800afs, one kilogram of green tea 400afs and the same quantity of black tea 450 afs. Mohammad Folad, a jeweler in the Temor Shahi market, said the rate of gold remained unchanged.
He said the price of one gram of Arabian gold stood at 4,150afs and the same quantity of the Russian variety 3,320afs. Haji Hussain, owner of the Sadaqat Money Exchange Company, said one US dollar accounted for 88.70afs and 1,000 Pakistani rupees for 360afs.
Last week, one US dollar was traded for 87 afghanis and 1,000 Pakistani rupees for 360afs.