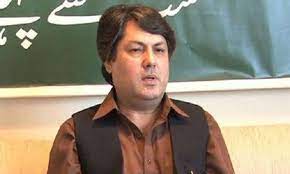 PESHAWAR: Barrister Ali Saif, a spokesperson for the Khyber Pakhtunkhwa chief minister, on Friday expressed shock over issuance of arrest warrants against him in a years-old case related to violation of environment laws in Islamabad.

A senior special magistrate of the Capital Development Authority (CDA) on Thursday issued the warrants, ordering the Bhara Kahu police to arrest the PTI leader and produce him before the court on Jan 11. Mr Saif is accused of damaging the environment in CDA’s Zone III. A challan in the case stated that the CDA staff had also tried to stop him but he continued the anti-environment activities.

In a statement, the KP government’s spokesperson said he had never been informed about the proceedings of the case, adding that his legal team would handle the case. The case suddenly came to notice of the CDA and it issued warrants, he said.