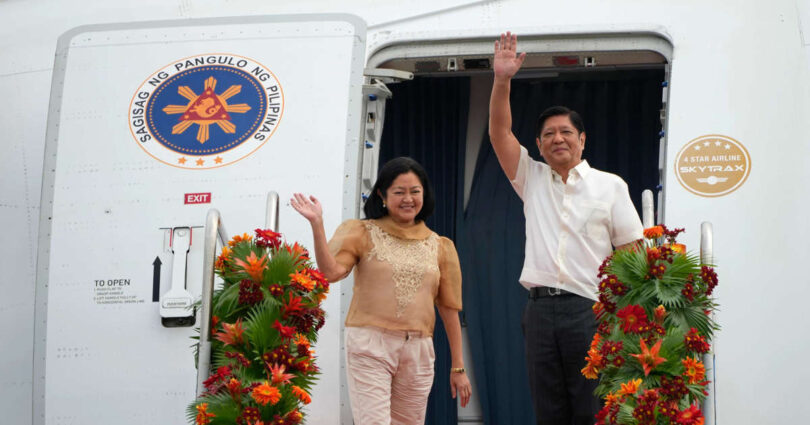 The newly throned Philippines President, Ferdinand Marcos Jr. is currently on a three-day state visit to China, which aims at boosting bilateral strategic ties with the Philippines’ first-door neighbor and the second-largest economy in the world. Marcos ambitiously looks forward to working with President Xi to shift the trajectory of their bilateral relations to a higher gear that can bring numerous prospects and opportunities for peace and development to the people of both countries.

The two South Asian neighbors have relatively strained relations because of a territorial dispute in the South China Sea, which is a contentious bone between the two Countries. China claims the entire South China Sea, whereas the Philippines claims the area adjoining its Exclusive Economic Zone (EEZ). The Philippines took the dispute to the Hague-based International Court of Justice (ICJ), which invalidated Beijing’s claims to the waterway in 2016. However, Beijing still contests the possession of highly sensitive waterways because China has constructed disputed reefs into artificial islands with airplane runways and military structures. The militarization of crucial water channels subsidized the regional states while global Sherrif, America also despatched its lathel aircraft carriers to ensure so-called freedom of the so-called Sea lines of Communication and rule-based order.

At times, the Philippines is battling the worst inflation, poverty, and a continuous economic downturn while the country’s political landscapes are also not feasible for Marcos. The western nations are coaxing Manila to join their club and play the role of a front-line state in the ongoing US-China tussle in the Indo-Pacific region. However, the son of a former military Dictator worked proactively and set his first diplomatic voyage to the neighboring nation, in a bid to forge a friendship and trade partnership to realize his economic dreams. Manila’s leader intends to resolve issues through negotiation and is ready to forge friendly ties with China.

Presently, the western bloc is peddling anti-China propaganda to fail the Beijing-Manila rapprochement at this point when west China’s containment drive is at its peak. Hence, the effectiveness of Chinese diplomacy would be visible through the outcome of Ferdinand’s crusade.