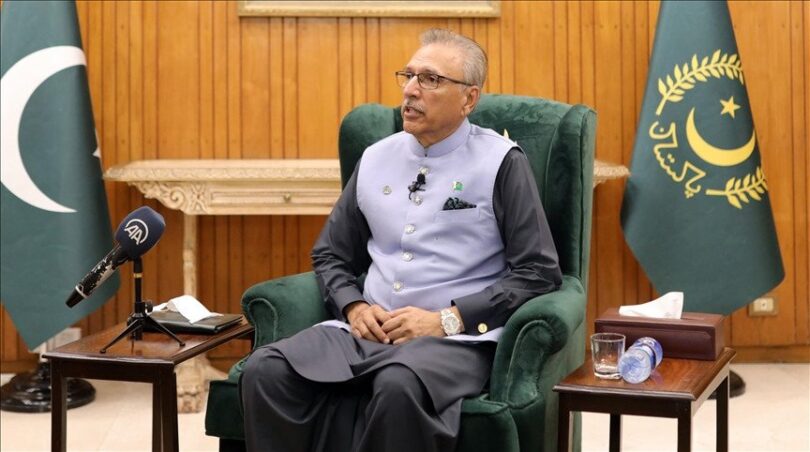 Recently, President Dr. Arif Alvi gave his assent to the Pakistan Institute of Medical Sciences (PIMS) Bill 2022. The bill provides for repealing the Federal Medical Teaching Institute (MTI) Act 2021. Earlier, the President returned the bill to the Parliament for reconsideration, while the incumbent government again get the approval of the bill from the joint session and sent it back to the President.

There had been a series of reversals of past government policies by the coalition government over the past eight months. Ranging from Single National Curriculum (SNC) to Medical Teaching Institute Act-2021, the reorganization of Pakistan Medical Commission (PMC) to changes in the MDCAT, conversion of Benazir Income Support Program (BISP) to the Eassass Program and vice versa, reversal and reinstatement of Sehat Card in Punjab, along with undoing and redoing of multiple departmental policies, inter ministries procedures and regulations that not only hurt the normal functioning of businesses and common public but also caused a financial and administrative burden on the state. The PTI government introduced multiple innovations in various sectors including education, health, sports, IT and other sectors. Some of those initiatives were productive and need of the hour while others had been originated on cartels persuasion and out of politics.

Unfortunately, the coalition government is entirely folding all policies and decisions of the past rulers, without weighing the pros and cons of the changes which is a biased and counterproductive behavior. The government must hold a public debate, and consult relevant stakeholders and experts before making decisions about the reversal, amendment, and continuation of any nationwide policy. So, the most beneficial, cost-effective, and state-of-the-art services could be provided to the public across the country.

Although, democracy is the government of the people, by the people, and for the people, however, the way Pakistani rulers had always governed the country, this mechanism surely seems to be the Kingly government by a particular faction of the society. Policy making and legislation always require a wider debate in the parliament, media, and civil society as well as department and ministry recommendations to reach a consensus regarding sensitive and most important issues concerning the entire nation.

The Pakistani Nation and state have multiple issues including poverty, public health, education, and others but the state neither funds the bulk of nationwide free-of-cost healthcare through the Sehat Card Plus scheme nor it can satisfy public care needs through the existing health system in the country, which put millions dying every day before the death. Thus, the authorities must conceive a plan for public-private partnerships, and individual participation so that free-of-cost treatment facilities could be provided to the masses without adding more burden to the national exchequer.

The World Bank and other global financial institutions have forecasted downward trends in the global economy during the current year while the global energy crisis is likely to worsen in the coming months. Pakistani leaders should adopt rational decisions while keeping their political philosophies aside so the nation can safely survive through the prevailing economic turmoil. If each party started transforming the nation as per its party manifesto then no institution would remain safe and functional, and chaos will prevail everywhere.