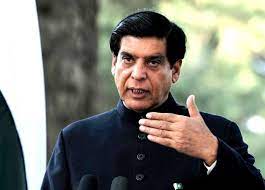 ISLAMABAD: National Assembly (NA) Speaker Raja Pervaiz Ashraf, paying tribute to Quaid-e-Awam Shaheed Zulfikar Ali Bhutto, on Wednesday said his sacrifices for the restoration and promotion of democracy would always be written in golden words in the political annals of the country.

He expressed these views in a message on the occasion of the 95th birthday of Shaheed Bhutto, which is observed every year on 5th January with devotion and respect.

The NA speaker said Shaheed Bhutto sacrificed his life for the sake of the country but did not bow his head in front of a dictator.
He said Shaheed Bhutto gave Pakistan a unique position in the world of Islam due to his leadership skills, adding that he played a very important role in the development of the country. He said Quaid-e-Awam also passed the unanimous Constitution of 1973 besides organizing the second Islamic summit in Lahore in 1974 and brought together the heads of all Muslim countries on one platform.

He said Shaheed Bhutto was the founder of Pakistan’s nuclear programme and played a significant role in making Pakistan a nuclear power.

Raja said Shaheed Bhutto desired to make Pakistan an Islamic welfare state in which all citizens had equal rights and could lead a prosperous life.

He said under the leadership of Pakistan Peoples Party Co-Chairman Asif Ali Zardari, Chairman Bilawal Bhutto Zardari were committed to providing a bright future to the country.

He expressed his determination that the struggle would continue till the completion of Shaheed Zulfikar Ali Bhutto and Shaheed Benazir Bhutto’s mission of the country’s development and prosperity. (APP)