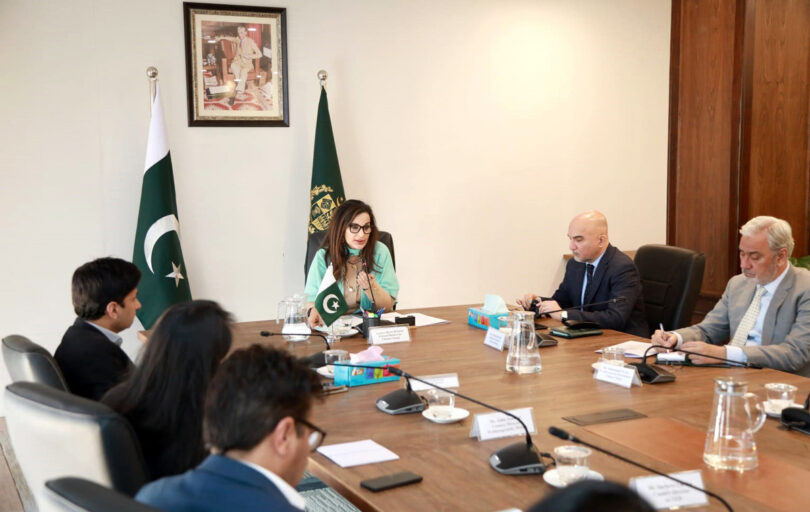 ISLAMABAD: Federal Minister for Climate Change Senator Sherry Rehman said that collaboration of international organizations was imperative for building climate resilient Pakistan as the country was gearing up to support rehabilitation and recovery, amid funding constraints of 33 million affected population devastated by unprecedented floods of the history.

The Minister said this in a meeting with the delegation of country directors of International non-governmental organizations (INGOs) on the panel of Pakistan Humanitarian Forum (PHF) as part of consultations for the International Conference on Climate Resilient Pakistan, scheduled to be held in Geneva on January 9, 2023, said a news release received here on Wednesday.

Talking with the delegation, Senator Rehman said, “This high-level Conference in Geneva aims to marshal international support for the people and Government of Pakistan to move forward on recovery as soon as possible after the country went through the world’s worst climate event in living memory.”

“The plan to rehabilitate, recover and rebuild with resilience is urgent, but we faced a huge funding gap even for first order recovery needs, given that we are servicing rehabilitation and relief for 33 million people. This is too large a number for any country to rehabilitate on our own,” she added. The minister underlined that the government’s costing of $16 billion for reconstruction of damaged infrastructure in a flood-resilient mode was not enough to cover full climate resilience, adding, “but we cannot wait, as another season of extreme weather could well hit us before we even begin rebuilding.”

To this end, she said the government of Pakistan was co-hosting an international climate resilient Pakistan conference where its objective would be to present the Resilient Recovery, Rehabilitation and Reconstruction Framework (4RF), comprising of plans and arrangements for the post-floods’ recovery, rehabilitation, and reconstruction and forging long-term partnerships for building Pakistan’s climate resilience and adaptation.

“The conference will be co-chaired by the Prime Minister of Pakistan, Mian Muhammad Shahbaz Sharif and Secretary General of the United Nations, Antonio Guterres. We are grateful to the support of our international partners and we are looking forward to exploring concrete ways and means to build Pakistan’s long-term climate resilience and adaptation including the articulation of provincial perspectives.”

The federal minister commended the humanitarian relief efforts done by the INGOs in Pakistan, especially in the aftermath of the catastrophic floods that impacted 33 million people.

“The Ministry of Climate Change looks forward to working and collaborating with the INGOs on a sustained institutional basis. MOCC and INGOs need to collaborate on building awareness on climate resilience and adaptation at the grassroots level,” Senator Sherry Rehman said.

The INGOs, she suggested that must embed climate resilience in their strategic outlook for the future, and use their reach and expertise on the ground to create deep civilian engagement that could lead to behavioral change at the local level towards climate change.

“The Ministry will conduct consultations with the INGOs on Pakistan’s National Adaptation Plan, and we look forward to hearing the suggestions that the members will bring to the table,” she highlighted.