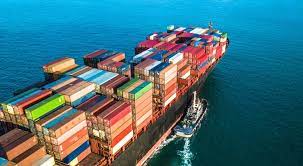 Over the years, the non–consistent policies of the respective government gradually dragged the country to the verge of economic recession posing challenges like low growth rate, import-export imbalances, trade and current account deficit and currency exchange rate.

Massive borrowing from local and international financial institutions especially and slowing down flagship programs like China Pakistan Economic Corridor (CPEC) during the PTI government tenure had further worsened the situation.

In this scenario, there was a dire need of prudent economic policies to steer the country out of crisis and laying down the foundations of a viable economy, more revenue collection, overcome trade deficit and stabilize our currency.

Therefore, the present government has put in place many prolific initiatives to materialize country’s geo-strategic location for developing geo-economic strength with an objective to boost external trade that definitely would lead to streamlining of current account balance and promote economic growth.

The country’s exports during the last fiscal year (2021-22) crossed the threshold of $31 billion for the first time in history, so it was projected that exports would cross $50 billion in next three years. However high export targets necessitated the urgency for increasing industrial production to ensure higher export growth.

Stressing focus on information technology, agricultural and industrial sectors productivity, the minister said regional trade was very crucial for increasing country’s export. “We are continuously negotiating with Central Asian states for economic and trade integration and several agreements have been signed with Uzbekistan, Kazakhstan and Tajikistan.”

Naveed Qamar said Pakistan is also in negotiations with Iran and Afghanistan to enhance mutual trade including barter trade. “Work on border trade markets between Pakistan and Iran was progressing and role of Quetta Chamber of Commerce and Industry was ‘very important’ in that regard.”

A senior official of the Commerce Ministry has also informed that 15 items had been identified for increasing trade with Afghanistan, including agricultural and pharmaceutical products.

Streamlining the cost of doing business and facilitating businesses in accordance with other regional markets is another area of focus to bolster country’s exports. In addition, promotion of agriculture produce could cut food import bill and reduce overall trade deficit. Therefore, the government is taking measures for import substitution, market diversification and promotion of regional trade.

“Policy of trade diversification and non-traditional market access was a major priority to increase exports,” remarked Director General Trade Policy Waqas Azeem. “Under diversification policy, we are working on both – the market and product diversification.”

He said that after the Brexit, negotiations were underway with the United Kingdom to bolster trade as he expressed confidence for positive results in near future.

Waqas Azeem said market and product excess was very important to double the volume of trade with respective countries. “A trade and goods agreement had been reached with Türkiye to enhance mutual trade.”

As the challenge is enormous, therefore it is obligatory on both the government and business community in the country to join hands for effectively fighting out the dilemma of economic recession.

Besides other facilities for the exporters, the government has also reduced energy prices to curtail the cost of doing business for the export sector including textiles that has been welcomed by textile and other export sectors. Meanwhile, the business organizations are also doing their bit to explore more export market for earning foreign exchange and stabilizing country’s economy.

“Trade diversification at the market and product level is extremely important for increasing domestic exports,” said President Federation of Pakistan Chamber of Commerce and Industry Irfan Malik. “FPCCI has formed its research wing to conduct research on modern commerce and its tools to lend a hand with the government for achieving targets envisaged for improving exports.”

No matter that the government is fully focused on resolving trade deficit challenges the environment of political uncertainty is badly hampering its overtures.

Although it is paying full attention to major export sectors by announcing preferential packages for industry, agriculture, IT and pharmaceutical sectors, yet irrational politicking by Pakistan Tehreek-e-Insaaf is proving to be too lethal.

Therefore, time is ripe for all political forces to reach a ‘Charter of Economy’ to ensure consistent economic policies and steer country out of persisting economic crunch in the country. (APP)