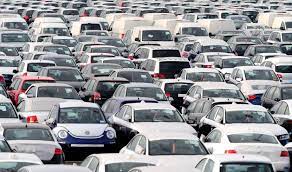 The nation’s mainly foreign-owned automakers sold a combined 1.61 million vehicles — the lowest since 1992, according to data from the Society of Motor Manufacturers and Traders.

That marked a 2.0-percent decline from 2021, when demand had already been blighted by Covid fallout and semiconductor shortages.

“Despite underlying demand, pandemic-related global parts shortages saw overall registrations for the year fall,” the SMMT said in a statement.

Total new car registrations were meanwhile one quarter less than 2019, before the eruption of the deadly coronavirus crisis.

Nevertheless, Britain managed to reclaim its position as Europe’s second biggest market behind Germany, after being overtaken by France in recent years.

“Looking ahead, supply chains are beginning to stabilise and although the shortage of semiconductors is expected to ease, erratic supply will likely impact manufacturing throughout 2023.”

He added: “Lockdowns in China have not helped, high logistics costs (and) more pressure on raw materials.

“The complexities of global manufacturing have really been brought to bear heavily on the industry this past year.”

December marked the fifth straight month of rebounding in car sales, aided by keen demand for electric battery cars, but this was not enough to offset a large first-half decline, according to the industry organisation.

Britain is due to ban the sale of new high-polluting diesel and petrol cars from 2030, forcing its car manufacturing sector to switch production to electric vehicles.