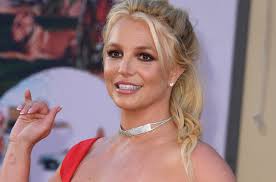 LOS ANGELES: Britney Spears grabbed fans’ attention after she unveiled her latest tattoo of a love heart on her arm.

The Toxic singer, 41, took the internet by storm over her latest ink after fans speculated its connections with her ex-boyfriend Justin Timberlake.

Spears had revealed her latest tattoo at a similar time to she posted about the Friends With Benefits actor in a now-deleted post.

Spears, however, now has shut down all the rumors, confirming it only a coincidence and the two snaps were in no way linked.

Taking to her Instagram Stories on Thursday, the Criminal hit maker wrote, “Just to clarify… my tattoo had nothing to do with an ex in the past !!!”

“I simply did it because I wanted to,” she wrote in the post. “The pic with my ex is a time when there was less confusion on what it meant to be together … it is what it is,”

Spears got the tattoo on her recent trip to Hawaii but later, she admitted that she disliked the artwork.

“Tattoo in Maui 3 days ago,” she captioned the video, which showed her getting inked in the middle of her hotel room while vacationing in the Aloha State.

She continued, “Can’t show it because it sucks [three laughing emojis]!!! Like really really sucks!!! Psss … I have to fix it!!!”