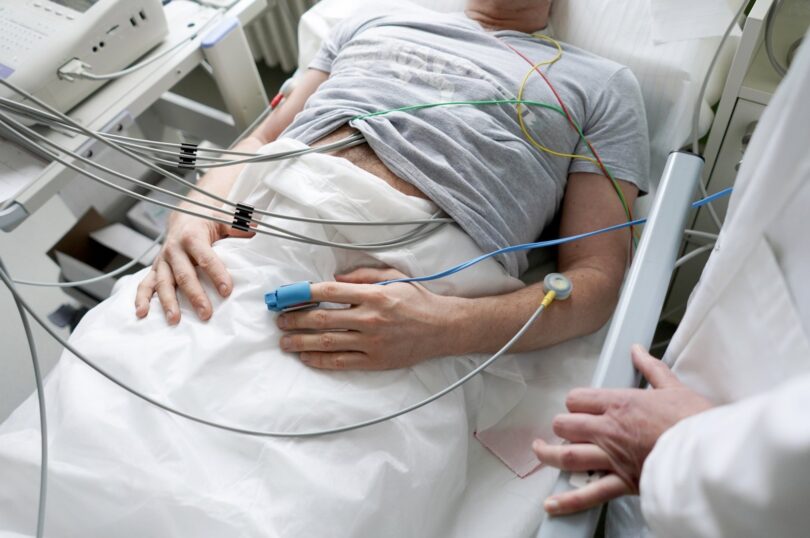 LONDON (dpa): A “remarkable” new research has shown that treating patients with chemotherapy before surgery for early-stage bowel cancer can cut the chance of the disease coming back by 28%, a revelation that experts have hailed.

The study, funded by Cancer Research United Kingdom, suggests bowel cancer patients could benefit from a tweak to how they receive chemotherapy.

At present, chemotherapy is given after surgery to try to capture stray cancer cells that could lead to the disease coming back.

However, under the new regime, patients would receive six weeks of chemotherapy, have surgery, and then 18 weeks more chemotherapy, with the effect of giving people a bigger chance of beating the disease.

The FOxTROT trial, led by the universities of Birmingham and Leeds, involved 1,053 patients at 85 hospitals in the U.K., Denmark, and Sweden.

The second group had normal treatment for bowel cancer – also known as colon cancer – which involved surgery followed by 24 weeks of chemotherapy.

The findings showed that patients who had chemotherapy before surgery were significantly less likely to see their cancer come back.

Scientists believe this approach could be adopted across the NHS and in countries worldwide, benefiting hundreds of thousands of patients every year.

“Up to one in three colon cancer patients can see their cancer come back after surgery. That figure is far too high and we need new treatment strategies to stop colon cancer from coming back,” Dr. Laura Magill, associate professor at the Birmingham clinical trials unit, said.

“A growing body of evidence is showing the value of pre-operative chemotherapy in several other cancers, and we believe that our results could transform how we approach colon cancer in the clinic.”

In total, 699 patients in the trial received chemotherapy before surgery.

Professor Matthew Seymour, from the University of Leeds, said: “Timing is everything when it comes to treating colon cancer. The simple act of bringing forward chemotherapy, given it before instead of after surgery, delivers some remarkable results. Delivering chemotherapy before surgery could prevent recurrences of cancer without the need for expensive new drugs or technologies.

“It was especially encouraging to find that patients who had chemotherapy before their surgery suffered fewer surgical complications. Scaling up this treatment worldwide, including in low and middle-income countries, could transform cancer care and save many thousands of lives.”

The scientists are undertaking two further clinical trials, FOxTROT-2 and FOxTROT-3, to investigate whether older patients also benefit from chemotherapy before surgery.

Geoff Hoggard, from Leeds, was diagnosed with bowel cancer in 2016 and took part in the trial. He said: “I got six weeks of chemotherapy before surgery and 18 weeks after, which was hard going… Eventually, it was all worth it.”

Some 2 million cases of bowel cancer are diagnosed globally every year, according to the World Health Organization, making it the third most common cancer type around the world.

Genevieve Edwards, chief executive of Bowel Cancer U.K., said: “It’s wonderful to see such positive results from this robust trial, which we have been following with great interest. It’s fantastic news that has the potential to make a real difference to the lives of the thousands of people diagnosed with earlier stage bowel cancer every year.”

The research was published in the Journal of Clinical Oncology. She said the charity looked forward to seeing a longer follow-up of the trial.

“Someone dies from bowel cancer every 30 minutes in the U.K., so continuing to find new ways to treat the disease is crucial to saving more lives.”