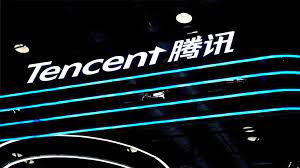 HONG KONG (Reuters): China’s end to a sweeping crackdown on its video games market is expected to breathe life back into the battered industry this year, but remaining restrictions on some content and economic headwinds will limit the extent of the recovery.

Beijing’s tough curbs in 2021 laid waste to the once-booming industry, shaving over half of the market value of sector leaders like Tencent Holdings (0700.HK) and NetEase Inc (9999.HK) and shrinking the world’s biggest gaming market for the first time.

Shares of Tencent, the world’s largest gaming company, and NetEase rose this week after China’s video games regulator granted the first gaming licences in 2023, the latest sign that the clampdown is ending.

The crackdown was aimed at curbing gaming addiction among youth and purging content the government did not approve of, with companies asked to delete content that was violent, deemed to celebrate wealth or foster the worship of celebrities.

That sent game sales in China tumbling more than 10% to 269.5 billion yuan ($40.1 billion) in 2022, the first decline since figures became available in 2003, according to a report by CNG, a government-backed industry data firm.

Tencent and NetEase did not respond to request for comment.