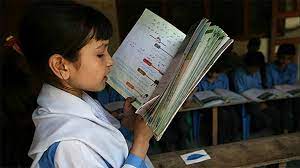 MULTAN: Quality education is a globally known best tool for creating a responsible society and a squad of professionals that takes any nation to new horizons of research and development.

However, in the countries where this tool is used discriminately, it creates a clear division of “the rulers and the ruled,” widening gaps between urban and rural communities and the rich and the poor.

As it is a general tendency that the best educational institutions are situated in metropolitans or mega-developed cities, the potential in rural or remote areas remains untapped.

Although rural areas institutes also produce some shining students yet their ratio is “too minimal” when compared with those in the developed districts. With the affluent affording quality and costly education for their children, the shining poor students lose the race of higher education due to paucity of funds.

Like remote areas of Sindh, Balochistan and KPK provinces, the situation is not different in South Punjab where a few renowned universities fall too short to meet the growing need for higher education in the region.

If we see the population proportion, South Punjab is home to 32 percent (34.7 million) people residing in its three divisions of Multan, Bahawalpur and DG Khan. Presently, nine public and two private sector universities are imparting education to only 132,461 and 7,463 students respectively as thousands other prefer to study at known universities in Lahore and Islamabad due to varying education quality at respective institutions.

“Bettering education standards is a continuous process and we are putting in maximum to bring our major universities at par with international standards,” remarked Chairman Higher Education Commission (HEC), Dr Mukhtar Ahmed.

“The HEC has asked varsities to adopt best-ever techniques to produce graduates keeping in view the market demand,” Dr Mukhtar said. “We have arranged 200,000 online courses of Microsoft and are on way to establish a Regional Centre in South Punjab soon.”

He said as Nishtar Medical University (NMU) – the one and only in South Punjab is going to complete three years, it would now be regularly funded by the HEC.

As the voyage of educating our youth continues, some educationists plead more funding for the education sector to improve quality of education as by the time Pakistan stands too low on the international list of best universities.

“Building of WUM in Multan some 10 years back opened avenues for girls’ education, especially for those not interested in co-education. But, funding is a real issue,” she added.

She pleaded to allocate sufficient funding, increase number of seats at girls’ hostels and improve transport facilities for female students pouring in for higher studies from remote areas.

Some critics of the rapid expansion of higher educational institutions have argued that quality has been compromised, as instructors with better academic achievements generally refuse to relocate to far-off places.

As setting up of universities in the public sector had engendered a big and invisible social revolution in terms of enrolling girls who could not go to major cities due to lack of finances or parental approval, there is still a need to fully cater to this potential by establishing more institutions.

Similarly, as public sector universities receive only about 40 percent of their current budget with 34 percent from federal and 6-8 percent from provincial governments, they have to meet 60 percent expenses by generating revenues through student fees. It means an extra burden on the lower middle class, squeezing the poor out of the system as UNESCO reveals that only 1.5 percent of the poor can complete their tertiary education.

“Universities pave the way towards evolving a better society and focusing on this sector can win more laurels for Pakistan,” he said and mentioned that Pakistan’s students topped strength-wise across the world this year for seeking scholarships.

“This is unprecedented and for sure an outcome of the services rendered by the HEC during last 20 years in imparting quality education across the country,” he remarked. “We need to continue with this struggle to compete internationally and produce a squad of learned people to take the nation to new destinations of progress and prosperity.” (APP)