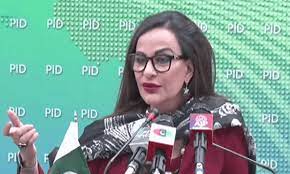 Global warming has become a grave risk to the survival of the universe because of the reckless, uncontrolled, and unplanned growth and industrialization of developed nations. However, this unilateral industrialization caused relatively more risk for the less developed world because developing nations could not build their infrastructure, economy, and living standards that compete with the worst effect of climate change. Thus, African, Asian, and Latin American nations are more prone to devastation due to floods, drought, hunger, and wildfires. The historic Paris Accord on Global Warming has chalked out a global strategy and commitment and asked the world nations to work towards net zero by 2050 and achieve the 1.5C target, by all means, if human intends to survive on the earth. Interestingly, only a few countries took it seriously while others chased their development goals and made the world an unliveable place.

There had been debate on the issue that climate change hurt nations more than the global GHG emitters including the United States, Europe, China, and India. After the recent superfoods in Pakistan, this issue was highlighted by the developing nations through the platform of G77 at the United Nations and COP27 gathering recently held in Sharm-Al- Shaikh Egypt. Surprisingly, G77 nations and Pakistan remained successful in constituting Loss and Damage Fund to finance the states suffered by the climate change induced floods, hurricanes and other natural disasters in the future.

During the recent meetup of the World Economic Forum (WEF), the disadvantaged nations urged the privileged countries to help finance their endeavors for the renewable energy transition to mitigate the effects of climate change. In fact, the leaders of developing nations must work for the betterment of their nations instead of looking for aid and grants for wealthy nations, because they achieved this status through hard work and patience, which needs to be exercised by others too.