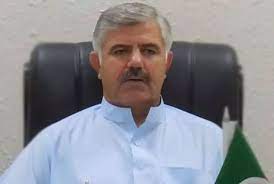 F.P. Report
PESHAWAR: All the political parties in Khyber Pakhtunkhwa on Sunday expressed grief and sorrow over the killing of four policemen in a militant attack that took place in district Lakki Marwat.
Chief Minister Khyber Pakhtunkhwa Mahmood Khan in a statement expressed profound grief over the loss of policemen in Lakki Marwat and marked the attack as a cowardly act of anti-state elements. He directed paramedics to provide the best healthcare facilities to injured victims.
Similarly, Advisor to CM KP on Home and Tribal Affairs, Babar Saleem Swati expressed sorrow over the incident and said that culprits involved in this inhuman act would be brought to the court of justice. He said no one would be allowed to sabotage the peace in the region and terrorists would be dealt with iron hands.
Meanwhile, Provincial President Awami National Party, Aimal Wali Khan here on Sunday expressed grief over the killing of four policemen in terrorists attack in district Lakki Marwat.
In a press statement Aimal Wali said that target killing in Khyber Pakhtunkhwa has reached its peak this year and as many as 105 police jawans embraced martyrdom.
He criticized PTI government in KP and said that the ruling party failed to save precious human lives. He demanded provincial government to take pragmatic security measures to combat the militancy in Pashtun belt rather than taking part in conspiracies for power settlement.
Anti-state elements would not be allowed to sabotage peace: Advisor to KP CM on Home & Tribal Affairs, Babar Saleem Swati has said that anti-state elements would not be allowed to sabotage peace in the province at any cost.
In a statement issued here on Sunday, he expressed profound grief and sorrow over the martyrdom of police personnel in a terrorists’ attack on a station in district Lakki Marwat and termed the incident as sorrowful.
He said that the sacrifices of police force will not go to waste, saying that the perpetrators would be brought to justice. He termed the incident a cowardice act and highly condemnable. Babar Saleem Swati said that police is a frontline force and rendering the sacrifices of their lives for the cause of peace. The Advisor on Home Affairs directed for provision of best medical facilities to injured police personnel and also prayed for their early recovery.
QWP condemns Lakki attack: Provincial Vice Chairman, Qoumi Watan Party (QWP), Khyber Pakhtunkhwa Dr Faiza Rasheed has condemned terrorists attack on police in district Lakki Marwat and prayed for the eternal peace of the martyred police personnel.
In a condemnation statement issued here on Sunday, the woman political activist said that the police force of Khyber Pakhtunkhwa is playing a crucial role in maintaining law and order and rendering the sacrifice of their lives for the restoration of peace in the region. She said that QWP is standing by the families of the police martyrs.