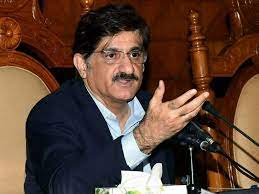 “The JI should contact the Election Commission of Pakistan (ECP) regarding its problems with the election commission,” he said.

Meanwhile, Sindh Minister Saeed Ghani said while addressing a press conference that the Pakistan People’s Party (PPP) had asked for applications for specific seats after victory in the local bodies’ elections.

“Talks with the JI is our priority. We have not given any request for recounting. The information being conveyed to Hafiz Naeemur Rehman is not correct,” he stated.

“In District Central, the JI did not have a single UC Chairman in 2015. Hafiz Naeem threatened the deputy commissioner during a talk,” he maintained.

“Our candidates have also applied for recounting. Victory and defeat are part of the election. The JI should avoid doing things that disrupt environment of the city,” he emphasised.

“It is not right to take a government officer hostage or hurl threats. My brother also contested elections. He won one seat and lost the other,” Saeed Ghani pointed out.

“We are ready to remove objections to the seats according to the law. We want to end the politics of impoliteness from Karachi. If you do not sit down and talk, how will you get the mayor?” he added.

“You should sit [with us] and talk. Some way will [surely] come out,” he stated.