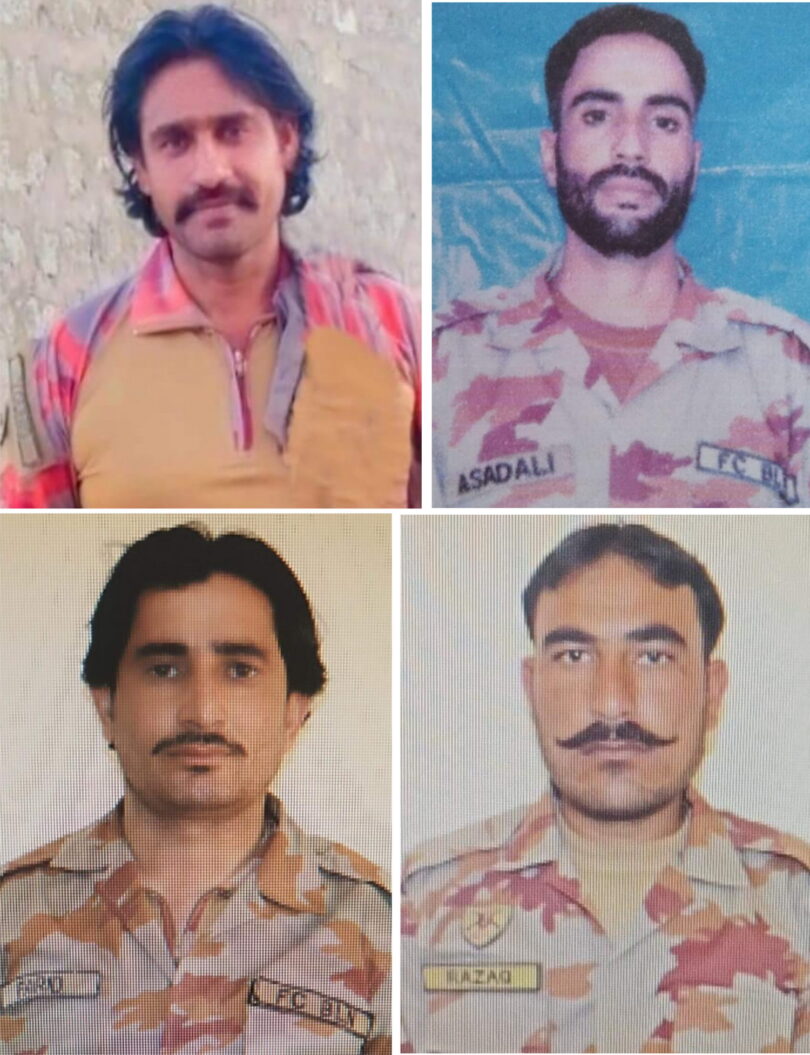 RAWALPINDI: Four security personnel on Wednesday embraced martyrdom while thwarting a terrorist activity from across Pakistan-Iran Border in Chukab Sector of District Panjgur in Balochistan.

It added that the Iranian side was asked to hunt down the terrorists on their side. The President Dr Arif Alvi strongly condemned a terrorist attack targeting the security forces in Panjgur area of Balochistan. Expressing grief over the martyrdom of four security personnel in the attack, the president reiterated that the whole nation was resolved to fight out terrorism.

A day earlier, Chief of Army Staff General Asim Munir visited Balochistan’s Khuzdar and Basima areas where he was briefed on the prevailing security situation and the formation’s operational preparedness, along with measures being taken to ensure a “peaceful and secure environment”. In a statement, the military’s media wing quoted the COAS as saying that the Pakistan Army was aware of the “nefarious designs of external enemies of Pakistan” to disturb the peace in Balochistan.

Over the past few months, the law and order situation in the country has worsened, with terrorist groups executing attacks with near impunity across the country. Insurgents in Balochistan have also stepped up their violent activities and formalised a nexus with the outlawed Tehreek-i-Taliban Pakistan (TTP).

The year 2022 ended with December as the deadliest month for Pakistan as the country suffered as many as 376 terror attacks in the year that resulted in an increased number of casualties in Khyber Pakhtunkhwa and Balochistan.

Prime Minister Muhammad Shehbaz Sharif on Wednesday strongly condemned the killing of four security officials in a terrorist incident along the Pakistan-Iran border in Balochistan.

On his Twitter handle, he said the nation paid homage to the sacrifices of its soldiers martyred in the line of duty. The prime minister further said, “We expect Iran will ensure that its soil is not used for cross border attacks.”

He paid tribute to the services and great sacrifices of the security personnel for the country. The president saluted the brave soldiers for their valor and prayed for their high ranks in paradise. He also sympathised with the bereaved family and prayed to Allah Almighty for strength to them to bear the loss with fortitude.